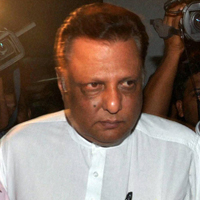 08 November, 2014
Print this article Font size -16+
Efforts to launch prosecution against officials of a Swiss bank for allegedly abetting Pune businessman Hassan Ali Khan in filing false tax returns have been shot down by the Attorney General on grounds that authorities have failed to provide enough evidence.

Khan, accused in cases of money laundering, was arrested by the Enforcement Directorate in March, 2011 and has been asked to pay thousands of crores of rupees as unpaid taxes. He is accused of holding $8 billion in the Union Bank of Switzerland (UBS).

The Central Board of Direct Taxes (CBDT) had sought the opinion of the Attorney General as to whether prosecution under various sections of the Income Tax Act can be launched in the case of the bank based on evidence gathered on its role in abetting Khan in filing false tax returns and for falsification of his books.

Khan's links with Swiss banks first came to the fore in 2007 when certain documents were recovered.

After repeated reminders, the country's top law officer G.E. Vahanvati opined that he did not find any material in the file referred to him suggesting such abetment or inducement on part of the officials of UBS.

He also cautioned that any decision to launch prosecution must only be taken after enough material is gathered that prima facie suggests abatement or inducement by officials of the bank.

Vahanvati also pointed out that UBS officials have maintained that Khan did not hold any account with it except three accounts opened in July 2001 and closed in October, 2011.

He said that to prove that bank officials were not telling the truth and is intended to help Khan evade tax, the tax authorities here should have enough evidence to proceed.

Last year, the Finance Ministry had informed Parliament's Public Accounts Committee (PAC) that recovery of tax arrears from Khan is not possible despite attaching his known movable and immovable assets.

The Department of Revenue had said that as per existing guidelines, recovery through sale of attached properties can be made only after the decision of appeal filed before the Income Tax Appellate Tribunal.