Half Of Invts In Emerging Markets Go Via Tax Havens 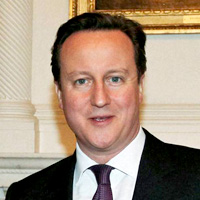 08 November, 2014
Print this article Font size -16+
Nearly half of the money that multinationals and wealthy investors poured into emerging markets in 2011 came via tax havens, resulting in revenue losses for poor countries, anti-poverty campaigners ActionAid said in a report.

British Prime Minister David Cameron has said corporate tax avoidance will be discussed next month at the annual summit of the Group of Eight leading industrial economies, which Britain is hosting in Northern Ireland.

A number of US multinationals, including Apple, web search leader Google, online retailer Amazon.com and coffee chain Starbucks have faced criticism for arranging their affairs in a way that leaves them liable to low rates of tax on billions of dollars of overseas sales.

Forty-six per cent of reported cross-border investment into low and lower-middle income countries in 2011 came from tax havens, compared with 37 per cent into upper-middle and high-income countries, ActionAid said, using IMF data on investment.

"Many multinationals and wealthy individuals place the legal ownership of valuable assets - from factories to oil wells to entire businesses - in companies registered offshore," the report said.
Read: Mauritius Has Gone ''Extra Mile'' For India Tax Treaty
"In some cases, such opaque corporate 'black boxes' can be used to evade tax. But even when they are used entirely lawfully, they can deny developing countries the ability to tax the wealth generated when mineral rights, factories, land and businesses in their territories change hands."

Companies may also make large internal loans from a tax haven subsidiary to another part of their business to shrink their tax bills, or use tax havens to disguise investments as new, so qualifying for tax breaks, ActionAid said.

"Tax havens are one of the main obstacles in the fight against global poverty," Mike Lewis, ActionAid's tax expert, said in a statement.

"Their secrecy and harmful tax regimes leach money out of developing countries that could be used to end hunger and provide hospitals, schools and clean water."