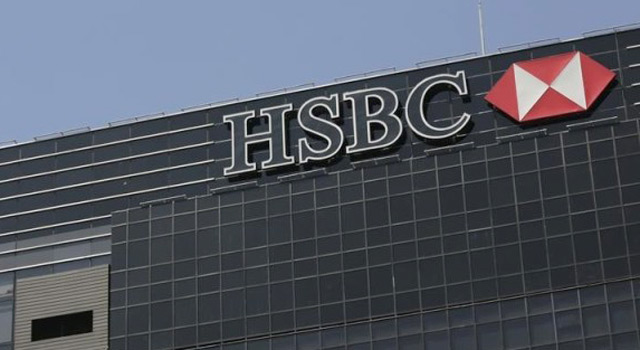 10 June, 2015
Print this article Font size -16+
HSBC will shed almost 50,000 jobs and take an axe to its investment bank, cutting the assets of Europe's biggest lender by a quarter in a bid to simplify and improve its sluggish performance.
The bank said on Tuesday about half the staff cuts will come from the sale of businesses in Brazil and Turkey. The other half will come from cutting about 10 per cent of the remaining 233,000 staff by consolidating IT and back office operations and closing branches. About 7,000-8,000 cuts are expected to be in Britain, or one in six UK staff.
The cuts will leave HSBC with about 208,000 full-time equivalent staff by 2017, down from 295,000 at the end of 2010 and 258,000 at the end of 2014, although the bank said it will be hiring in growth businesses and its compliance division.
The cuts are part of a second attempt by Chief Executive Stuart Gulliver, aged 56, to boost profits since he took the helm at the start of 2011. The previous effort was foiled by high compliance costs, fines, low interest rates and sluggish growth.
The CEO is working to restore investor confidence in the troubled bank, which has been hit by a series of scandals.
Gulliver has announced more than 75,000 jobs cuts, exited about 80 businesses and reduced the bank's presence to 73 countries from 88.
"Slaughtering the staff is not necessarily the solution unless management makes the bank considerably less complex," said James Antos, analyst at Mizuho Securities Asia.
HSBC shares in London opened 0.9 per cent higher at 625 pence before slipping back to underperform both the FTSE 100 index and European banking stocks slightly.
HSBC said it will cut its assets on a risk adjusted basis (RWA) by $290 billion by 2017. That will include a reduction of a third, or $140 billion, in global banking and markets (GBM), its investment bank. That means GBM will account for less than a third of HSBC's balance sheet, down from 40 per cent now.
Investors had been calling for more radical cuts at the investment bank, which Gulliver ran for five years but where returns have suffered in tough market conditions.
"The cuts provide significant headroom for the group to fund asset growth in Asia and absorb RWA inflation, whilst protecting its ability to pay a progressive dividend," said Gurpreet Singh Sahi, analyst at Goldman Sachs.
Cost Savings
The bank lowered its target for return on equity to greater than 10 per cent by 2017, down from a previous target of 12-15 per cent by 2016. Gulliver said he will push through annual cost savings of up to $5 billion by 2017. It will cost up to $4.5 billion in the next three years to achieve the savings.
HSBC confirmed the planned sale of its businesses in Turkey and Brazil, adding it would keep a presence in the latter to serve corporate clients. It aims to overhaul underperforming businesses in Mexico and the United States to improve returns.
The bank said it was also targeting growth in Asia by expanding its insurance business and its presence in China's Pearl River Delta region.
Some analysts said the changes did not go as far as hoped, though others said the asset reduction plan was a substantial shift.
"The market is likely to respond positively on the move with investors having a much clearer idea of HSBC's direction going forward," said Steven Leung, a sales director at UOB Kay Hian in Hong Kong.
The bank also set out 11 criteria it will use to evaluate whether to move its headquarters from London to Asia, likely Hong Kong. They include factors such as economic growth, the tax system, government support for the growth of the banking system, long-term stability and an ability to attract good staff.
HSBC said it would complete the review of the possible move by the end of the year.
The bank also has to separate its British retail banking operation, which is to be based in Birmingham in central England. The "ring-fenced" bank will account for about two thirds of UK revenues, or $11 billion, and will have some 26,000 staff, or 57 per cent of the total in the United Kingdom.
(Agencies)
Tags assigned to this article:
banking top 1 hong kong brazil employment hsbc turkey stuart gulliver