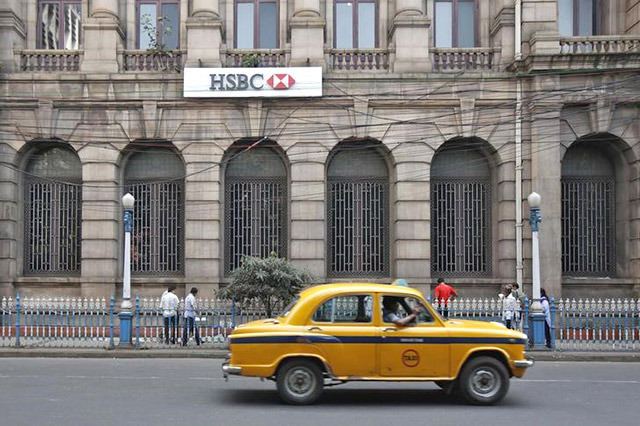 08 June, 2015
Print this article Font size -16+
HSBC Holdings Plc could announce thousands of job cuts at a strategy day next week, Sky News reported on Monday, part of chief executive Stuart Gulliver's overhaul plan that could also see him sell operations in Brazil and Turkey and take a knife to his investment bank.
An estimated 10,000 to 20,000 jobs will be axed, Sky News said, citing unidentified sources. The number has not yet been finalised and Gulliver will lay out the plans at an investor presentation on June 9, the broadcaster said.
It was unclear how many of those cuts would come from moves already announced by the lender.
HSBC's shares fell 0.5 percent in Hong Kong on Tuesday morning, underperforming the Hang Seng Index.
HSBC declined to comment on the Sky report.
Low interest rates and tougher regulations have hurt HSBC more than most other banks in recent years, meaning Gulliver has missed some of his profit and cost targets.
In response, he has sold or exited 77 business units since he took the helm just over four years ago. In February he said businesses in Turkey, Brazil, Mexico and the United States needed to improve or be sold.
HSBC is now looking to sell the Brazil business and Gulliver is expected to confirm on June 9 its loss-making Turkey business is also on the block. Substantial overhauls to HSBC's U.S. and Mexico businesses are also on the cards.
Sky said the job cuts to be announced on June 9 will not include the impact of any sale of the bank's Brazil and Turkey businesses.
Less certain are Gulliver's plans for global banking and markets (GBM), the investment banking division he ran for four years before becoming chief executive and which contributes a third of the bank's overall profits.
Several investors and analysts say HSBC has been slower than rivals to restructure its investment bank and that Gulliver needs to cut its rates and credit business. The GBM division saw profits fall by $1.1 billion in 2014 compared with a year earlier amid tougher market conditions for investment banks.
Gulliver is also expected to provide more details next week on whether HSBC should move its headquarters from London. If the bank moves it would most likely be to Hong Kong, where it was based before moving to London in 1993.
(Reuters)
Tags assigned to this article:
news 3 banking brazil hsbc turkey hsbc holdings stuart gulliver