HP's Gen9 Servers To Pace Up Indian IT 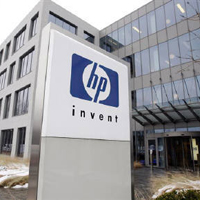 08 November, 2014
Print this article Font size -16+
In what could be a major boost for the Indian IT sector, HP on Tuesday (23 September) announced a new portfolio of HP ProLiant Gen9 Servers that will help customers reduce cost and complexity, accelerate IT service delivery and enable business growth.
These days IT organisations are under increasing pressure to quickly and efficiently deliver more applications and services and at the same time deliver exponentially increasing amounts of data. The new HP ProLiant Gen9 Servers are designed to address these challenges, delivering flexible, scalable computing resources that are aligned to companies’ business goals.
The new HP ProLiant Gen9 portfolio is a major delivery milestone in HP’s compute strategy, which addresses IT demands with a vast pool of processing resources that can be located anywhere, scaled to any workload and available at all times.
The servers are optimized for convergence, cloud and software-defined environments, the prominent feature being the  PCIe accelerators and HP DDR4 SmartMemory which increases the compute capacity.
"The rise of mobile, cloud, social and big data is driving the need for a new approach to the data center and its processing engine to enable successful business outcomes,” said Vikram K, director, HP Servers, HP India. “HP created the x86 server market 25 years ago, and we have led this market ever since with innovations that have dramatically transformed the data center, such as HP Moonshot and HP Apollo. Today, we’re setting the stage for the next quarter century with HP ProLiant Gen9 Servers and compute, which combines the best of traditional IT and cloud environments to enable a truly software-defined enterprise.”
HP ProLiant Gen9 Servers span four architectures—blade, rack, tower and scale in order to give organizations the ability to increase efficiency across multiple workloads at a lower total cost of ownership with design optimization and automation.
There is no doubt that the new Gen9 series of servers will accelerate IT service delivery and increase infrastructure provisioning. However, it needs to be seen whether the Indian firms would be willing to invest the amount of money involved in migrating to the new technology.
Tags assigned to this article:
banking news 7 epfo k k jalan uan ifsc