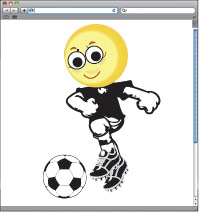 08 November, 2014
Print this article Font size -16+
Just one look at the tweets on your timeline, and you will know that the FIFA World Cup is one of the most watched and talked about sporting spectacles in the world. Obviously, app makers will not let this opportunity pass with half the world’s population plugged into the action in Brazil. From digital vuvuzelas (sound apps that convert your mobile phone into a blaring horn) to player stat sheets, app stores are inundated with a host of offerings that promise to make the tournament more exciting.

Indian IT firm TCS has joined the fray with its SocialSoccer app that draws data on the World Cup from Twitter and converts it into exciting stats. The app that runs on both android and iOS has three elements – Match Today, Favourite Player and Favourite Team. The minute you tap on one of these, you get pie charts showing sentiment analysis and activity trends.  It also shows cloud conversations.

There are other equally brilliant apps, deluging users with data and connecting fans of a team with other fans around the world using social platforms.

But cyber security experts suspect that some of the World Cup apps could be the work of cyber spammers — they could use the apps to sneak into the smartphones of unsuspecting users.

Beware! That fantastic app you downloaded might just be malware that could spoil the game for your phone.

BRAND BUZZ
Action Replay
TenTenTen Digital Products, a company that creates digital assets for brands, has collaborated with StarSports.com and Twitter to create ‘Tweeplay’, an on-demand video replay product. The product knits together video content with conversations on Twitter. According to Ramesh Srivats, MD & CEO, TenTenTen, “Tweeplay is a great way for media houses to offer snack-sized content on-demand on Twitter. Tweeplay will enable content marketers to engage with those immersed in conversations around content by providing the context in the form of the video.”

One World
Ninety per cent of the globe is contributing to the conversations around the World Cup 2014 on various social media outlets. This has already surpassed references to the Olympics and Super Bowl, which were totalled at 84 per cent and 78 per cent, respectively, says an Adobe Digital Index report

Richard Branson
@richardbranson
Founder, Virgin Group
When companies lose touch with customers, you can be sure they will soon lose customers

Omar Abdullah
@abdullah_omar
Chief minister, Jammu & Kashmir
A strong PMO is one thing but if a minister can’t be trusted to choose a private secretary how can he or
she be trusted to run a ministry?