Growth With Profit Is A Must 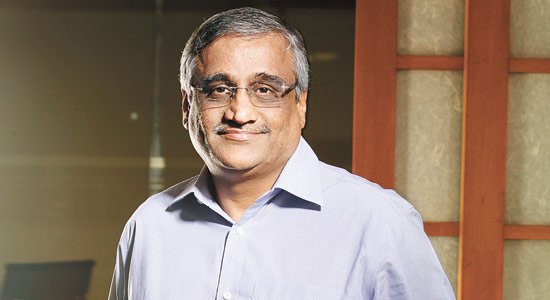 08 November, 2014
Print this article Font size -16+
A near-death experience can change anyone. As it did Kishore Biyani, founder and group CEO of Future Group, which owns large-format retail brands such as Big Bazaar, Pantaloons, Central and Food Bazaar. In 2006-07, faced with new entrants in retail, Biyani took on debt to expand. At one point, it was Rs 8,000 crore for nearly as much annual revenue. The very next year, the Indian economy began to slow down. In the midst of some high-profile debt blowouts (Subhiksha and Vishal Megamart), flagship Pantaloon Retail (India) grew 246 per cent between 2007-08 and 2010-11. But net profit margin was just about 1 per cent. He sold 49 per cent in Pantaloons-branded stores to the Aditya Birla Group. With a leaner and meaner group, Biyani is on to his next big idea — food processing. Excerpts:

The way you expanded after others announced their entry into retail was a reaction aimed at protecting your turf... what will be the nature of future expansion?
That’s okay. Sometimes people talk about things. We never said we are No.1, whoever goes up comes down. It is good to be stable. It will be a calibrated expansion; we will be much smarter. We have enough formats. Food and fashion are two core areas for us.

You have seen the best and the worst of the debt route to growth. What would you recommend?
Debt is a part of growth; you need a balance of debt and equity. I believe that people who are asleep will make no mistakes. If you have to do something, there has to be a fine balance. You should be ready for a cycle. A lot of entrepreneurs, including me, were not ready for cycles. While nobody can do scenario planning for cycles, one should be prepared for a cycle anyway.

What would you now prefer? Growth for the sake of growth and scale? Or only profitable growth?
It was very different 15-20 years ago. Today, it’s going to be only profitable growth. Earlier, it was growth because there was an opportunity for it. Also, age and experience make you mature. An entrepreneur in his 30s and 40s is not the same as when he is in his 50s.

How does one grow in an ongoing slowdown? What did you do in the past 2-3 years to help you grow at this pace?
Consumption in retail as a sector has grown. But you can’t have the same formula every time. The whole leadership style changes. Basically, we destroyed our old thoughts to build new ones.

As a leader, I had not seen uncertain times. It was for the first time (in 2008) that we saw uncertain times. I believe business is like driving a car — it goes wherever you turn the steering wheel. In uncertain times, you don’t know where to turn the steering wheel to. So your decision-making is different; there is a lot of introspection. Costs are a concern. Growth is measured. People are questioned. Strategies are questioned. Performances are seen very differently.
How you analyse the right and the wrong during such times is the true mark of a leader.

But when you are in that phase, how do you deal with it?
I’m still a student of that. The learning as a leader is that you have to keep building the team’s confidence. You have to keep communicating as much as you can, building positive thoughts. You have to show them the promised land, which may be redefined.

What all do you question?
Everything.

What was the most critical decision for you during this phase?
Doing the scenario planning — building various scenarios and taking a decision based on them. There can be any cycle. How do you create a plan that makes you come out of that cycle? Also, planning for the worst. Business can slow down. People can disbelieve you. A lot of things can change.

What did you think of what the people outside were saying — analysts, strategists?
May be for a month or so people would have wondered about what was happening. But once you start taking decisions, you get results. So we started taking decisions — restructuring the organisation, people and management.

What have you learnt from mistakes? What is it that you will not repeat?
It’s not about repeating; you could make new mistakes. What I have learnt is to reduce the number of variables on which you work. Take a decision based on a 360-degree view, and whenever there is a challenge or an issue, go to the source and solve the issue from there.

There is a perception that 2013, too, will not be good for growth.
May be, but we are prepared for it this time. Much better than at any time in the past.

What is the worst situation that you have planned for?
We have now planned for everything. But the biggest thing we fear as a retailer in the consumption space is loss of jobs. If there is loss of jobs across industries, consumption will be a big issue. Luckily, in India that has not happened. Job creation may not be happening at great speed, but job losses are not happening either. Until there are job losses, I am not worried.

The second big worry for us is (anticipating) migration. Migration leads to new economic activity. That is what we love as retailers. We would like to be where there
is migration.

Our worry is whether we can anticipate it or not. For instance, in Mumbai, there isn’t much migration. So this market will behave very differently. We see migration still happening in Pune. Hyderabad is a little slower now. In Bangalore, it is still happening. In Kolkata, it is not happening at all, but Kolkata has very steady income, which no other city has. It’s very predictable; it doesn’t go high, it doesn’t go low. Another city very similar to it is Ahmedabad. It has only changed in the past 2-3 years. Mumbai can take you up and down.

The return on equity (RoE) for Indian retailers continues to be low; lower than that of international retailers...
In India, retail is just starting. I think we are becoming smarter. Once the balance sheets are re-aligned, you will see that it’s very different. Our balance sheets have many things right now. We have matured a lot. In the next phase, you will see the RoE improving substantially. Other retailers are also becoming smarter.

Consumer spending is also a big concern in the industry right now. How are you dealing with that reality?
We are a food and fashion company. Food will be consumed, as will fashion. We can always move to price points that are selling. We will be able to sail through a low consumption cycle also because of our positioning.

In India, the savings rate is dropping. So, ultimately, consumption is eating into savings. Still, we have 30 per cent savings. I think up to 20 per cent will be good. So, another 10 per cent of savings can be shaved off. Aspirations are much higher now than the inclination not to spend.

Who benefits from a slowdown — the one who sells to the masses or the one who is a niche player?
There is a market everywhere. In the masses, you can build scale; in niches, you can make money. It’s not this versus that; it’s this and that.

Do you see yourself moving into niches?
We are not there, and we don’t plan to be. We are quite comfortable with what we are doing right now.

The conventional wisdom in retail is that you outsource. But your food park (on a 100-acre plot near Bangalore) is a huge bet.

I am also outsourcing. I am creating the infrastructure for others to come in. And I want my own manufacturing if I have to grow based on my own brands.

If you look at the FDI policy now, 30 per cent of the investment has to go into the backend. I don’t think that is the challenge. Where is manufacturing in this country? Where are the huge plants? So we are taking a bet on the country. We are taking a bet on India’s youth; a bet on food processing and consumption happening.

But nobody expects a retail company to go into all that on its own.
I am a food company there. And there is scope for an Indian food company. We have distribution through our convenience stores, where we have already started doing 14-15 per cent of business through our own brands. Once our food park starts, it will touch 20-30 per cent. That’s a game-changer.

How much of the idea comes from the Chinese food parks?
The inspiration is from a zone they have created. But the thought is very Indian. The whole idea was: how do you bring down supply chain costs. How can every economic activity in a food chain happen in one single place? The idea was how do we reduce wastage. It’s a very simple idea. Profitability will be unbelievable. If you look at KB’s Fairprice, we have demonstrated it there. If you look at our Aadhar wholesale store, we are selling our brands (there too). Actually, I am not a retailer. I am a brand creator for food products.

As an incubator for new areas, what do you look for as a retail entrepreneur?
We look at the category and the potential in that category. If you look at our investment, we invested in ethnic wear in two companies when they were 10 per cent of the size they are today. We knew this category will grow. As a retailer, we can identify the trends and the categories that have potential.

Why have large retailers not caught on to the e-tailing trend? You have Future-bazaar and you tried some models...
It’s just beginning. It will take another two years for defining trends. We don’t see any particular trends per se. We are working it out. It has been on the drawing board for the past three years. We have never taken so much time on any product.

When you think of growth, who among businessmen do you look up to?
Various people at various stages. I don’t look at growth; I look at leadership styles. Anil Agarwal (of Vedanta Resources) has a leadership style of perseverance, patience, focus — only the larger picture.

It’s a very different style from Mukesh Ambani’s: large-scale plans, fearless. If he believes in something, he does it. He has a unique management style. Very inspiring, very different.
Then, Ratan Tata. Now, luckily, we have met Mr (Kumar Mangalam) Birla also.

So we have seen various leadership styles. All are very different. There is something to learn from everybody.