Growth And The Fight For Growth 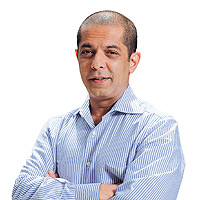 
However, a host of issues in the past few years have posed enormous growth challenges for the firm. First, Sabic Petrochemicals of UK invoked a performance bond worth Rs 220 crore against Punj Lloyd's UK  subsidiary Simon Carves and also sought further damages for cancellation of the contract. Then, Punj Lloyd and ONGC began sparring over the $300-million offshore EPC project at Heera, where Punj Lloyd was to lay submarine pipelines and cables, and replacement single-buoy mooring. However, while executing the project, it discovered flaws in the design allegedly provided by ONGC. The two parties had a dispute over who would pay for the cost-overruns due to the design flaws and delays.

But the biggest of them was the unrest in the MENA region, which accounts for over 30 per cent of its revenues and nearly 50 per cent of orders-in-hand. For instance, Egypt, which was among the earliest to erupt in the series of anti-monarchy protests in the region, accounted for about 35 per cent of its Rs 21,000-crore order backlog. "There are a lot of operational challenges. Even if a project stalls, it's very difficult to mobilise or demobilise at short notice. There are high fixed costs involved," says Gopal Sarma, partner, Bain & Co. India.

With a series of factors impacting the firm's performance, its topline in the first nine months of fiscal 2010-11 nosedived by 35 per cent. "North Africa has had the turmoil, not the Middle East. The order backlog frozen over there is about $800 million. We'll make that up in three months from other geographies," says Punj. The company says the project approval cycle (from identifying a project to pre-qualifying, bidding and winning) takes up to 18 months. "If we'll be able to make up the backlog in the next 3-5 months from the outside means that we've been working on these for a lot longer," says Punj.

The problem is that it's impossible to guess how long the unrest will last and when it will abate, if at all. "These are really force majeure events. It will depend on how each company has dealt with the force majeure clauses in their contracts. The challenge is that even if there are sovereign guarantees backing some of the projects, there is no certainty about how the guarantees will play out. Will they stick by the sovereign? And what if there has been a change in the sovereign?" says Sarma.


The third major factor hurting Punj Lloyd is an uncharacteristic aggression by about half a dozen South Korean firms including giants such as Hyundai and Samsung, slashing bid prices to catch rivals off-guard and grabbing over 60 per cent of all large EPC contracts in the MENA region in the past couple of years.

Arvind Mahajan, director, corporate strategy at consulting firm KPMG, says the Korean Exim Bank, Korean Export Insurance Corporation and some export credit agencies are actively financing the debt for and operations in the Middle East such as the Abu Dhabi nuclear project, the Burj project and a few oil & gas refineries. This is similar to the support several Chinese firms get from state-owned financial institutions. The support has helped Koreans elbow out a lot of European players. "Their advantage was that they pitched in with very competitive bids soon after the global economic crisis that followed the bust in the US. As a result, Koreans capitalised when the European firms were still very cautious with their foreign investments," says Mahajan.

Punj says many firms are trying to decipher the Korean phenomenon. "We can only speculate. We don't have any knowledge of how they are actually functioning. We have a lot of confusion. Are we doing something wrong? Is there some magic wand they have found?" he says. Punj recalls the Koreans have done this two or three times in the past 25 years. "The Japanese and also now the Chinese are trying to figure out how they're doing this. Maybe it's a strategy to squeeze everybody out of the marketplace, create a monopoly and then start moving prices up. But in EPC, it's tough to do," says Punj.

On its part, Punj Lloyd has gone through a restructuring and a clean-up act to sideline those responsible for the disasters at Simon Carves and Heera projects. And it is now banking on the flurry of multi-billion social and urban infrastructure projects that most monarchies in the region have announced in a bid to keep their populace happy.

Punj Lloyd expects a significant uptick in awards for social projects such as housing, primary healthcare, primary education, water, power. "There is going to be a bunch of areas, which are driven by political realities in certain parts of the world, that will result in newer opportunities. There will be some spinoff of that into India (40 per cent of its annual revenues and 20 per cent of order backlog) also. We're not seeing enough traction at the bottom of the pyramid, but that's needed," says Punj.