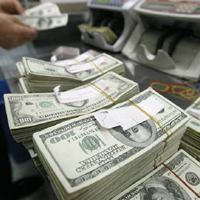 08 November, 2014
Print this article Font size -16+
India is planning to announce the finalised amendments to the controversial rules on tax evasion for foreign investors in the next 7-10 days, Finance Minister P. Chidambaram said on 16 November, without specifying the details of what will be announced.

The final shape of the general anti-avoidance rules (GAAR) is widely expected to be based on the draft report submitted by the Shome committee, which was set up following the outcry created by the regulations targeting companies and investors routing money through tax havens.

The Shome committee report proposed to delay the implementation of GAAR by three years, which helped soothe investor concerns about the measures.

Restoring the confidence of investors overseas is crucial at a time when India needs foreign flows to bridge its current account deficit, and support the rupee and stock markets.

"A decision has been taken on GAAR. The draft has been sent to the prime minister. Hopefully, the decision will be made public in next 7-10 days," Chidambaram said on the sidelines of a news conference.

The final amendments to GAAR would come weeks after they were initially expected given perceptions of a lack of consensus among various government agencies, including tax authorities.

The government has previously clarified sections of the GAAR rules, which as originally unveiled in March had raised complaints among foreign investors about the vague wording and lack of clarity.

The GAAR proposal aims to target tax evaders, partly by stopping Indian companies and investors from "round-tripping", or routing investments through Mauritius and other tax havens.