Govt To Import Pulses To Check Prices; Crackdown On Hoarders 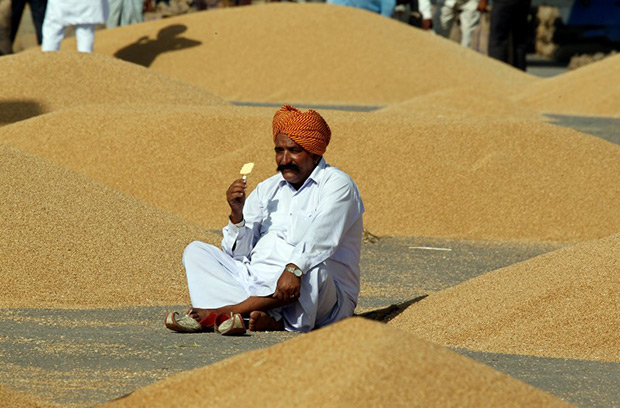 16 June, 2015
Print this article Font size -16+
To check rising price of pulses, the government on Wednesday (10 June) said it will import lentils in large quantities to boost supply and also asked states to take action against hoarders.
In a meeting chaired by Prime Minister Narendra Modi, the Cabinet expressed concern over rising prices and decided to increase imports, among other measures.
Pulses prices have risen by up to 64 per cent in the last one year as the domestic production fell by nearly two million tonnes in 2014-15 crop year due to unfavourable weather conditions.
"The government is very serious on rising pulses prices. There has been less production of pulses. We will import pulses whatever quantity is required," Food and Consumer Affairs Minister Ram Vilas Paswan told PTI.
"We have asked state governments to take action against hoarders," he added.
Briefing media after the Cabinet meet, Road Transport Minister Nitin Gadkari said: "Cabinet discussed about rising pulses prices and expressed concern about the same. Prime Minister has directed to import pulses in large quantity to keep domestic prices under check."
When asked which agencies which will import pulses, Paswan said the modalities will be finalised soon.
Pulses production is estimated to have fallen to 17.38 million tonnes in 2014-15 crop year (July-June) from 19.25 million tonnes in the previous crop year due to deficient monsoon last year and unseasonal rains and hailstorms during March-April this year.
India imports about four million tonnes of pulses, largely through private trade, to meet domestic shortfall.
(PTI)
Tags assigned to this article:
news 6 cabinet pulses food security ram vilas paswan