Govt Finds Fault In Our Stars 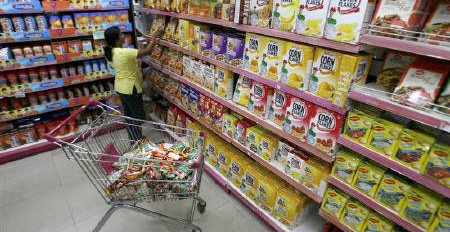 08 November, 2014
Print this article Font size -16+
In computers, there is a term, "What You See Is What You Get". It applies to all the aspects of computing but sadly, is limited to it. When it comes to real world products, the reality is a bit different; thanks to our celebrities who endorse a product with such a glibness that thousands of people fall prey to it.

The question is: who is responsible for safeguarding the interest of the people?

Seems like the government has finally woken up and has demanded time to contemplate action against such celebrities. The government has categorically stated that strict guidelines are on cards to regulate misleading advertisements so that promotion and propagation of fake, spurious and sub-standard products are halted.

Making the statement at a Seminar on Best Business Practices for Consumer Welfare, organised under the aegis of the PHD Chamber of Commerce and Industry, Secretary, Department of Consumer Affairs, Keshav Desiraju said, "the government is aware that celebrities and stars, keep endorsing products without checking and examining the efficacy of the products of mass consumption and since such endorsements attract attention of scale from vast number of consumers, the government would need time to develop a mechanism to effectively take on the issue as the prevailing system has no legal support to handle it".

Desiraju, however, said that strict guidelines are being evolved in the ministry in consultation with all the right stakeholders to curb and prevent the increasing menace of misleading advertisements, pronouncing false promises and commitments to mislead the public, especially in the field of healthcare, food, tele-marketing, education, real estate and medi-care industry.

A Cabinet note would be finalized to suggest amendments in the Consumer Protection Act of 1986 as also Bureau of Indian Standards Act so that host of measures are incorporated in the proposed amendments to ensure that consumers are well guarded.

Direct General of Bureau of Indian Standards Sunil Soni in his address said that the regulatory body would also evolve a number of new standards that industry would have to conform to comply with so that products sold off in the markets are made of processes and qualities of world standards to make sure that consumers are not befooled.

He also said that hallmarking would be made mandatory for jewellery articles (including diamonds) with government bringing about amendments to the Consumer Protection Act and Bureau of Standards Act.

Well, it would take a lot more than just theoritical plans to quell the glut of sub standard products in our country. Government's will, consumer awareness and edified celebrity consciousness is the way ahead.
Tags assigned to this article:
more 4 consumer goods ajay gupta bsi keshav desiraju sunil soni