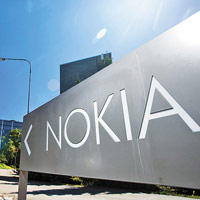 08 November, 2014
Print this article Font size -16+
Indian authorities have dismissed Nokia's appeals against an income tax bill of Rs 2,080 crore, the phone company said on Friday, 31 May, a setback for its efforts to resolve the dispute in a crucial market.

Nokia's India unit was served in March with the tax demand for five years starting from 2006-07, in one of several tax disputes involving foreign companies in India.

The Finnish phone company said on Friday that it would examine all options, including taking the case back to the Delhi High Court, which previously referred the case to the tax authorities' appeals division.

Nokia said it believed it was in full compliance with Indian laws and a bilateral tax treaty between India and Finland.

"Nokia is disappointed by the decision of the Commissioner of Income-tax Appeals, and will now examine all options open to it," the company said in a statement. "These include taking the case back to the Delhi High Court."

India is crucial for Nokia's attempt to hold on to its global market share, in which it has lately given up its top spot to Samsung.

It has been expanding its Asha line of phones and India is widely seen as a key market for models that straddle the border between high-end feature phones and the smartphones on which Nokia has suffered against rivals Apple and Samsung.

The company earlier this year objected to tax officials entering its factory in Chennai in southern India, which is one of its biggest facilities. Nokia said it has invested over $330 million in Chennai since setting up the factory in 2006.

India has been stepping up its pursuit of tax claims against foreign companies as it seeks to rein in its budget deficit. Companies recently involved in tax disputes in India include Cadbury Plc, Royal Dutch Shell, Vodafone Plc and LG Electronics Inc.