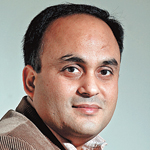 Don't get taken in by the airline industry's rhetoric. That there is huge overcapacity is a fact, but that's because of an 8 per cent drop in domestic air traffic in the first half of 2009. That most airlines are deep in the red is a fact, but it has more to do with their multi-billion dollar loans and one-upmanship over ordering new planes. That they are mercilessly under-cutting each other has more to do with the failure of their alleged cartelisation moves.

Sure there are legitimate grudges such as exorbitant taxes on aviation turbine fuel and restrictive ground-handling rules, but if India's aviation icons Naresh Goyal of Jet Airways and Vijay Mallya of Kingfisher Airlines are in deep trouble, they can hardly blame anybody but themselves. Two years ago, they had prophesied the demise of the low-cost carrier (LCC) model. They almost made it come true through their actions.

First Goyal acquired the troubled LCC Sahara Airline, and then Mallya bought India's first LCC Deccan Aviation. At that time, the two together commanded 62 per cent of the market and could have ruled the roost, but they did not believe in the LCC model. The airlines were renamed Kingfisher Red and JetLite, and the new owners adamantly altered their character from LCCs to mini full-service carriers. Kingfisher Red even introduced an onflight meal like the full-service carriers.

Apparently, both misread the market. Slowdown forced businesses to mark down travel expenses and rely on new LCCs SpiceJet and Indigo. The flurry of corporate tie-ups by the newcomers caught Kingfisher and Jet offguard. Plus, consumer preference belied Mallya and Goyal's belief that the market was gravitating towards full-service carriers. The average flyer chucked the gourmet meals of full-service airlines for the dry sandwiches of LCCs, the wide seats for narrow ones — all for on-time arrival, a focus area for the LCCs.

Grudgingly, Jet Airways launched a new low-cost brand Jet Konnect. Ironically, Jet's business model is built around a full-service and network carrier, but it now runs not one but two low-cost brands, JetLite and Jet Konnect. Mallya has kept his cards close to his chest, though mounting losses may have left him with little choice but to look the LCC way.