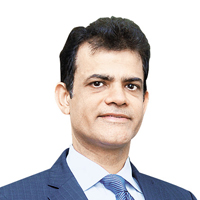 Investors can take an informed call on certain projects in high-value locations, since there is always a core group of HNI buyers who would purchase units in such projects. However, such a call must be taken only on the basis of extensive local-market research.

Non-Metro Property Investment
For investors looking at non-metro and emerging cities, there are quite a few options.

Coimbatore is the largest industrial centre in Tamil Nadu after Chennai, and has transformed into a preferred destination for IT/ITES as a result of lucrative incentives given to IT companies by the Tamil Nadu government. It offers excellent business infrastructure, quality of life, a highly-skilled workforce as well as low cost of living, low pollution, a rapid pace of infrastructure development and a proactive government that is aggressively promoting the city.

Jaipur, along with Ahmedabad and Nagpur — has been identified as a very promising emerging city for the IT/ITES and BPO (business process outsourcing) industry. Construction of the Jaipur Metro project has already begun, and this will enable rapid transit within the city.

The major growth corridor is northwards, along NH-5 towards Vijayanagaram. The government of Andhra Pradesh has also started an IT SEZ in Rushikonda Hills at Vizag.

The Rajiv Gandhi Chandigarh Technology Park, spread over 400 acres, has put Chandigarh on India's IT/ITES map.
Major Indian firms and multinational corporations such as Quark, Infosys, Dell, IBM and Tech Mahindra have set up base in and around the city.

In 2010, Chandigarh was ranked eighth among top Indian cities identified globally as ‘emerging outsourcing and IT services destinations.' The satellite towns — Mohali and Panchkula — are also rapidly developing and attracting a lot of investment.