Good, But Not Enough 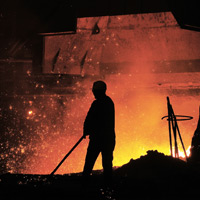 On 12 April 1912, white Star Liner officials announced that the Titanic had sunk, but the good news was that 705 people had been rescued (1,517 weren't, and died). One wonders whether the gross domestic product (GDP) growth numbers for the second quarter of 2009-10 tell a similar story.

The 7.9 per cent growth was dramatically higher than what even the most optimistic forecasts had predicted. Food price inflation is running amok at well over 12 per cent, exports — including in auto sales where growth has been fabulous — have been declining, and credit growth has been weak at about 12 per cent.

"It's partly good news," says Deepali Bhargava, economist at ING Bank in Mumbai. "However, it is not clear that the momentum of the recovery is as great as the numbers suggest." She is not alone in sounding doubtful about the real growth story. The numbers have surprised even government officials, going by the tone of their remarks. Other economists and even stockmarket analysts are taking this latest batch of data with varying amounts of salt.

The nervousness is largely due to concerns over the continuity of government stimulus measures, and that the Reserve Bank of India (RBI) may start tightening monetary policy soon. Government spokespersons have assured people that stimulus will continue, while the RBI has remained silent on what the numbers imply for its policy actions. So where did the growth come from?

Is Shopping Not Dropping?
A big driver of GDP growth in the July-September quarter has been personal consumption expenditure. "Here, the stimulus packages and the second tranche of salary arrears paid to government employees after the implementation of the Sixth Pay Commission's recommendations played a big role," says Sonal Varma, senior economist at Nomura Securities in Mumbai. The numbers indicate that sales of consumer durables grew substantially, as did automobiles.

Some of this had already become apparent from the index of industrial production (IIP) statistics, which grew steadily at an average of 8 per cent from July to September 2009. Services growth has also been buoyant, at over 9 per cent. Agriculture was expected to play spoilsport: most forecasters had put in a negative number, but it actually grew a shade below 1 per cent.

Here's where the numbers become inconsistent: net exports were declining substantially in the review period, so domestic consumption should have risen to make up the shortfall, by a growth rate of about 10 per cent. Let's not forget inflation, which was about 8 per cent on average during the quarter. Therefore, nominal sales should have risen by about 17 per cent.

But the aggregate sales of listed companies actually fell by a little over 1 per cent. Even allowing for estimation errors, aggregate sales did not grow much. So, the growth came from government spending, which grew by nearly 27 per cent in the quarter, on top of a 10 per cent plus growth rate in the April-June quarter.

Why We Should Be (Slightly) Worried...
Statistical discrepancies matter in estimating GDP; for the latest quarter, they are a negative 5.4 per cent. One way — in this case, the Central Statistical Organisation's (CSO) way — of calculating is from the expenditure side; the other is to measure from the income side, which measures production. The discrepancies are usually adjusted when GDP estimates are revised, says Varma. "Last year's consumption growth was estimated at 5.5-6.5 per cent, which was later revised to 2.5 per cent. We need to have data at the micro or firm level, which is consistent with the macro expenditure data." For instance, many look at same store retail sales, advertising spends, etc., as other indicators of real demand. True, discrepancy numbers are volatile, but they should normally be in the 1-2 per cent range. The high number suggests that government estimates of expenditure are far greater than anticipated.

"It's not clear what will happen in the absence of a fiscal stimulus," says Indranil Pan, chief economist at Kotak Mahindra Bank in Mumbai. "These latest numbers are not clear enough for policy changes." For instance, he asks, what have the unseasonal November rains done to agricultural output?

Agriculture is expected to fall perhaps a little sharply in the next quarter, given the positive surprise in the last. So expect most forecasters to reduce their agricultural production estimates downward. "The impact on sentiment may be even sharper," says an economist with a broking firm, who did not wish to be named. "It's also why the fears surrounding a positive policy rate hike by the RBI are so high."

...The Doubts Remain
RBI policy actions are almost certainly expected in the monetary policy review in January 2010. Some even expect some tightening to occur before that, mostly in the form of a hike in the cash reserve ratio (CRR) — the proportion of cash a bank keeps with the central bank — but which Pan and other economist say is a blunt instrument. "Liquidity was naturally self-correcting when the RBI took out the apparent round-tripping between mutual funds and banks," Pan says. He adds that the daily volumes absorbed by the RBI as part of its liquidity adjustment facility shows a downward trend (in overall liquidity). Global flows may also be just about adequate to cover the current account deficit.

So what does this bode for the next quarter? "The break-up in manufacturing is unbalanced; equipment makers and machinery will do well," says Bhargava. "But banking and financial services that showed robust growth this quarter could moderate next quarter." She is looking at 5.5 per cent GDP growth in October-December.

Real estate is still in the doldrums. Construction services are doing well thanks to government spending on things like improving drainage and sewage treatment. Scepticism still runs high about the extent of actual consumption demand; people continue to pick holes in the GDP story, but haven't been able to sink it.