Going to be different me in this different film, says Ayushmann Khurrana on his next project

Going to be different me in this different film, says Ayushmann Khurrana on his next project

Chandigarh (Punjab) [India], October 6 (ANI): As he is all set to step into the shoes of a cross-functional athlete for his next film, actor Ayushmann Khurrana has started sweating it out for the massive physical transformation, which is required to fit in the role.
The 36-year-old actor considers his next film, which is an Abhishek Kapoor directorial to be different from his other work and says that audiences will get to see a "different" him in the film.
Khurrana, who is currently staying in his hometown Chandigarh, is undergoing intense training sessions to don the hat of a cross-functional athlete.
Giving a sneak peek from his transformation process, the 'Article 15' actor took to Instagram and said, "It's going to be a different me in this different film! Movie prep going strong." 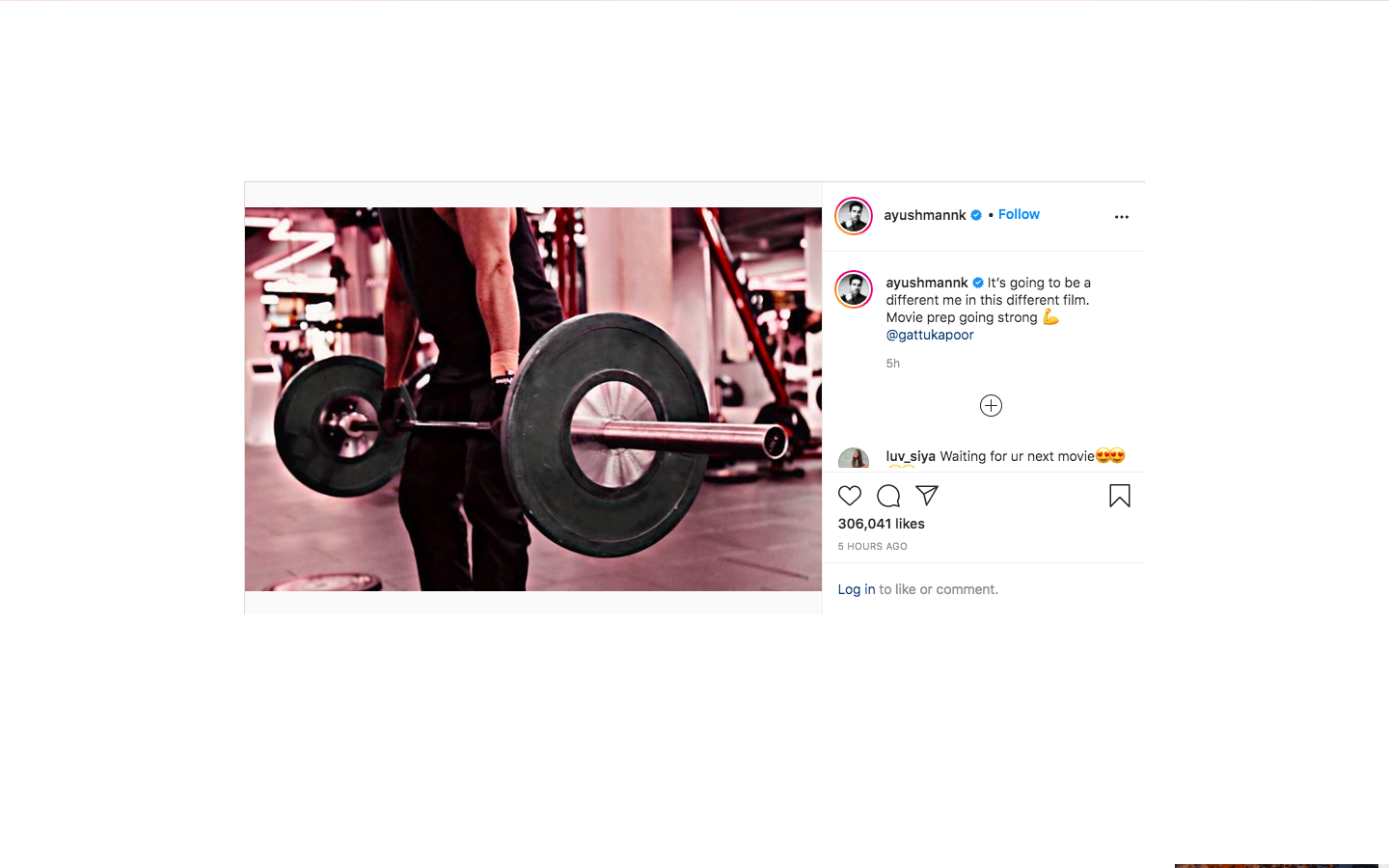 Earlier, the 'Vicky Donor' actor flew his personal trainer to Chandigarh to achieve his desired physique.
Khurrana will be seen in a progressive love story being directed by Abhishek Kapoor. He is expected to start the film in a few weeks' time in Chandigarh. The film also stars Vaani Kapoor who has been paired opposite to the actor for the first time. (ANI)