Going High On The Bullion 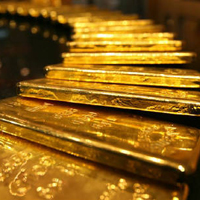 Last week, the Reserve Bank of India (RBI) bought 200 tonnes of gold from the International Monetary Fund (IMF) in a single tranche. With this, India joins the BRIC (Brazil, Russia, India and China) gold brigade that buys huge quantities of gold at one go. The RBI's decision to buy so much gold from IMF at one shot has astonished the market. While IMF is happy with the good price it fetched — $1,045 an ounce, what surprised analysts is the RBI's tectonic shift in gold buying strategy. Why did the central bank suddenly buy gold in such a large quantity — that too when gold prices are at all time highs?

"It was done as part of the RBI's foreign exchange reserves management operations," says an RBI spokesperson. However, K.N. Dey, director of Basix Forex, a consulting firm, believes this move indicates a definite change in RBI's stance in favour of gold. "The sliding dollar has been a concern for BRIC economies, which have been scouting for an alternative reserve currency for a while," he says.

In 2009 till date, gold gave a return of 19.6 per cent in dollar terms, while it gave a return of 12.7 per cent in euro terms. The difference of 6.9 per cent indicates the extra returns coming from depreciation of dollar against the euro. Here, too, there has been no secular currency trend. While in 2009, the US dollar fell against the euro, in 2008 euro emerged stronger. Years 2006 and 2007 were years of weaker dollar, while  2005 saw a weaker euro (see ‘Fluctuating Currencies'). In such circumstances, moving away from currency into gold seems a good bet. But the fact that $6.7 billion has been spent in a span of two weeks raises a question: could RBI not have gone for a gradual mop up, like most other central banks?

No central bank has bought such vast amounts of gold in such a short span of time. Russia — a major gold buyer since December 2002 — when the bull run began in the global gold market — has bought only 145 tonnes of gold during the entire period. China revealed its actual buying figures in April — 454 tonnes of gold during the 2003-09 period. Even the European central banks, which have been major sellers — mainly France and Switzerland — have done so only in tranches, less than 150 tonnes in a given year. Also, with the dollar declining on the back of growing US government debt that could lead to high inflation, and gold acts as a perfect hedge against inflation.

Till recently, there has not been any major mop up by RBI. As of 2008, gold reserves were 357.7 tonnes as compared to 350.9 tonnes in 1991, as per World Gold Council data. Since 1998, there has not been a single tonne of gold bought or sold (on a net basis). In fact, since independence, India has managed to add only 131 tonnes of gold.

Gold as a percentage of total reserves has now climbed by around 2 per cent for India. It was higher at 8.2 per cent in Q1 2000 and has been falling consistently over the years. At end of Q1 2009, gold was 4.2 per cent of reserves, which, after the 200-tonne buy, has increased to 6 per cent. BRIC economies relatively have lesser component of forex reserves as gold, even lesser than India; Russia around 4.1 per cent and China less than 2 per cent. But with gold turning star performer, (more than doubling since 2005), central banks have been seriously pondering a diversification of their forex assets. The RBI just put
the thought to action.