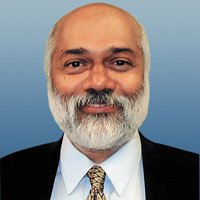 If India had its very own julian assange or a local variation of WikiLeaks, there is one "top secret" diplomatic telegram from the Indian Embassy in Paris to the Ministry of External Affairs in New Delhi, which many people would have been scrambling to read during the just concluded working visit by French President Nicolas Sarkozy. That telegram, sent in early June 1998, is the gist of a conversation between Brajesh Mishra, then principal secretary to Prime Minister Atal Behari Vajpayee and Jacques Chirac, Sarkozy's predecessor.

The cable is an eye-opener on the depth and worth of Indo-French relations, not only because of its core content, but equally on account of the settings that produced it. Mishra arrived in Paris, his first stop on a critical global tour only weeks after the Vajpayee government tested nuclear weapons. Although it was a national holiday in France, Chirac received Mishra at the Elysee and invited him for a long walk on the grounds of the presidential palace. During that conversation, the President urged India to reach out to Washington and change the US perception of the Pokhran tests. What followed is now history. If there is a single incident to which the much-touted Indo-US nuclear deal can be traced back, it is really this walk that the French President and the man who later became India's first national security advisor took on the grounds of the Elysee Palace 12 years ago.

France was the first country to boldly call for an exemption for India from the restrictive rules of the Nuclear Suppliers Group at a time when it was heresy to even think on those lines in countries which have stockpiles of their own atom bombs. That call eventually ended India's nuclear winter of 34 years that began when Indira Gandhi tested the first nuclear weapon. France was the first country to invite India to the world's high table: a summit of the world's richest nations that was held in Evian-les-Bains. Till Vajpayee attended that meeting in June 2003, the Group of Eight or G-8 summits were the preserve of highly industrialised nations.

The Evian summit sowed the seeds of today's Group of Twenty. But it would not have led to the birth of G-20 if Sarkozy had not cut short a visit to Canada when American financial giants were falling like nine pins in 2008, flown to Camp David and insisted that George W. Bush should call the first G-20 meeting forthwith. Sarkozy and Prime Minister Manmohan Singh said in their recent joint statement that "the G-20 has become and must remain the premier forum for international economic cooperation with a view to laying new foundations for strong, sustainable and balanced growth and the international economic system".

If that statement is a claim to joint ownership of a group that is destined to play a critical role in shaping the global economy in the decades ahead, it also holds out the promise that under Sarkozy's presidency of the G-20, which began last month, France and India will find common ground in dealing with issues that affect both rich and poor nations. "India and France have things to say on the regulation of commodity prices and the future of world agriculture; we want to protect our farmers' investment capability; on the stability of the international monetary system; on the establishment of innovative financing to give the poorest countries the means to develop and on the reform of global governance," Sarkozy said in New Delhi.

Since the Indo-French summit was held only four weeks after Barack Obama's visit, a comparison is inevitable. The US President's trip was designed by his spin masters as a mission to exploit India's growing prosperity to create jobs in America through business. The French, on the other hand, claim that by doubling their commercial presence in India since 2005, they have created jobs for 180,000 Indians, the majority of them skilled workers. Sarkozy's aides claim that between his first visit and 2012, French companies would have invested €10 billion in India. That is, if India opens its door to retail, further liberalises banking and insurance and opens up the defence sector, which France is very keen to explore.

It will not be all corporate. The French Development Agency is to step up concessional financing for projects that improve the lives of Indians: in renewable energies, energy efficiency, forest management and biodiversity conservation. Big strides are also planned in education, especially in technical education: France wants to make the new IIT in Jaipur a showpiece of what it can do with India.