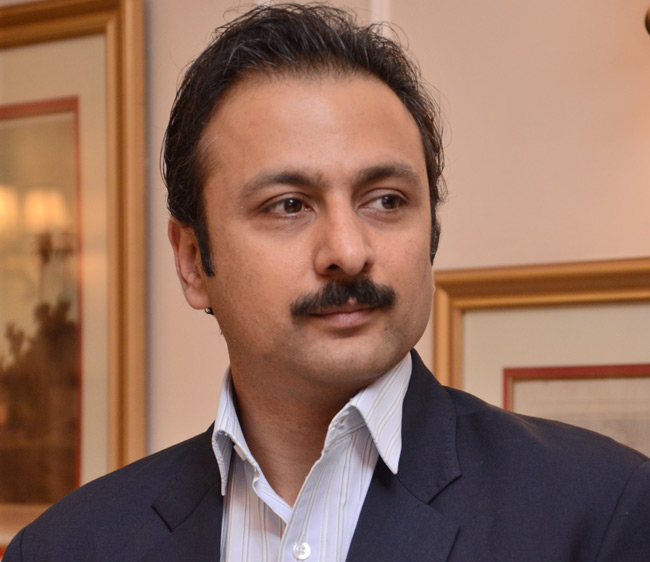 17 June, 2015
Print this article Font size -16+
Within two years of existence in the Indian market, Chinese smart-phone maker Gionee has already netted an impressive market share of 4 per cent. The company plans to set-up a manufacturing over the next two to three years. The Chinese handset manufacturer has closed the fiscal 2104-2015 with revenue of Rs 2,750 crore and is now targeting a turnover of around Rs 6,000 crore in 2015-16.
Speaking to BW | Businessworld, Arvind Vohra, CEO & MD, Gionee India, shares the firm's future plans and strategies to expand more in the world's second biggest mobile market where major players such as Samsung, Nokia, Apple has a strong foothold. Excerpts:
What is the market share of Gionee in the smartphone segment in India? How much increase Gionee is expecting in the upcoming FY compared to the previous year?
According to the GFK report, Gionee has a market share of little more than 4 per cent in India. We are looking to increase the same substantially in the coming year.
How much money it spent on marketing and sales strategies? What is the split between print, digital and television? What are Gionee's strategic plans?
In 2014, Gionee spent close to Rs. 150 crore for its marketing initiatives. Gionee looks at doubling its marketing spend which would go towards offline investments in retail and digital/on-ground activation this year. Gionee has recently sponsored the Star Guild Awards, India Beach Fashion Week, Goa, Sunburn. It also associated itself with Shillong Lajong Football Club being a title sponsor for the team for the ongoing I-League. Gionee was the principal sponsor of IPL team Kolkata Knight Riders.
What amount of profit and turnover Gionee is expecting for the FY 2015-2016?
Gionee entered India in 2013 and reported revenues of Rs 500 crore in 2013-14 and Rs 2,750 crore in 2014-15 from the domestic market -- a growth of 550 per cent. Gionee will look to double its revenues this year
Is Gionee planning to set up a manufacturing unit in India. If so, please share your investment figures?
Gionee plans to invest Rs 300 cr over the next two to three years to complete its manufacturing set up in India.
How many outlets does Gionee plans to open in FY 15-16? How many job opportunities will be created?
Gionee has been rapidly expanding its footprint in India by opening brand stores and aims to open 250 brand stores in the next one year. The company also has 800 service centres up and running and aims to have 1000 by end 2015.
Have you tapped any e-tailers for retailing your phones?
We only sell through our retail and channel partners and are currently not selling officially through any e-commerce portal in India. The channel has been very successful in driving impressive sales for us and our own e-store gionee.co.in/estore also compliments our sales.
Which Gionee model has witnessed maximum sales in India?
Gionee only sells through its offline channel partners and has sold over 4Mn+ devices till now in India. Many products across its range of devices including P Series, V Series, E Series and M Series have garnered maximum sales.
What is Gionee's view on Indian mobile handset market? Does it see India as its second biggest market?
Gionee is among the top ten brands globally and India is the second most important market for the brand. Gionee started its operations in India in February 2013 and since then it has grown from strength to strength. We have always devised our marketing strategies in tune with the market needs which has helped us make the necessary connect with the audience.
Giving design, innovation and R&D utmost importance our products offer a complete package of good looks, enhanced features, affordable pricing along with power packed performance which has gained us the momentum in a short span of time.
How much it spent to clinch KKR's sponsorship? What was the return on investment?
Gionee has a three year deal with Kolkata Knight Riders. The response has been great from the trade and consumers in terms of recall and brand visibility within the first year. We believe that the real RoI will be felt only from the second year of the association
Tags assigned to this article:
india telecom smartphone mobile phone othertop2 gionee india arvind vohra