Washington [US], November 2 (ANI): Supermodel Gigi Hadid has given a glimpse of her newborn daughter.
In celebration of Halloween, Hadid shared a family photo to her Instagram story depicting herself, singer Zayn Malik and their little one in costume, according to Fox News.
The model wore her hair in a high ponytail while wearing a blue bodysuit. Malik, 27, dressed as a Harry Potter character, while they dressed up their newborn as the Incredible Hulk.
The baby wore a knit green hat with fuzzy black hair, which was obtained by People magazine.
For effect, the new mother also placed an animated Hulk arm over her daughter's in the photo.
"My first Halloween," read a sticker placed on the image. 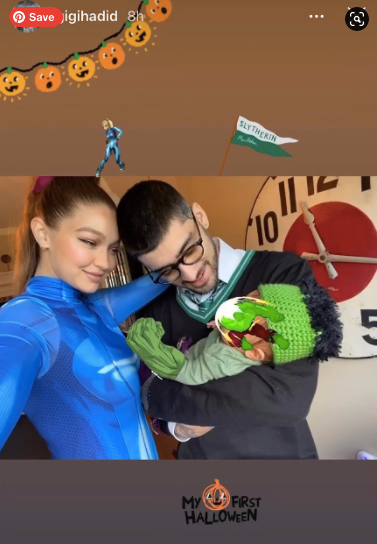 In September, the 25-year-old model welcomed her daughter with Malik. They are yet to reveal her name. (ANI)