Washington [US], January 13 (ANI): Supermodel Gigi Hadid on Tuesday (local time) wished 'Zaddy' Zayn Malik happy birthday and penned down a heartfelt note to mark the occasion.
The 25-year-old model Hadid took to Instagram and gave a rare look into Malik and her relationship and life as new parents to their daughter.
The post featured two photos, featuring a never-before-seen photo of her and Malik, plus an illustration of him with their baby girl.
Hadid wrote alongside the post, "Team No Sleep ! Happiest birthday to our Zaddy baba. So special."
"Love you long time, thank you for makin me a mamma to the best girl ever. Wish you the best every single day," she added. 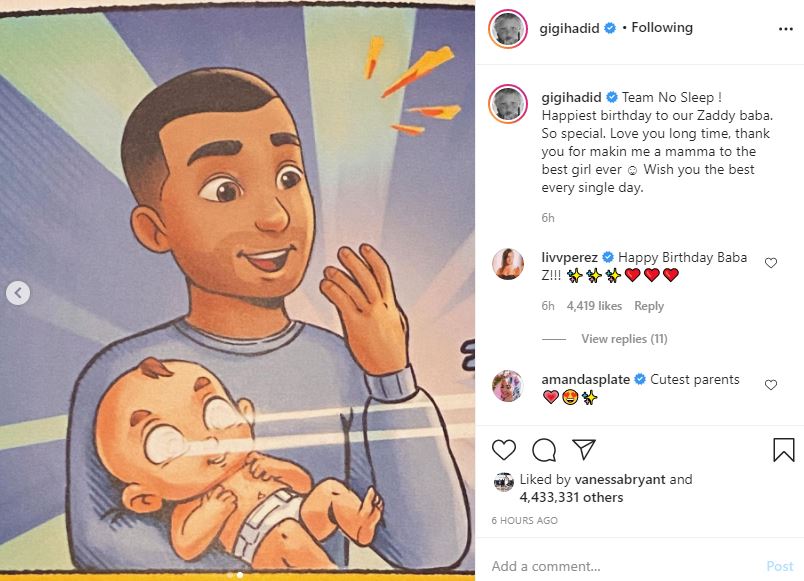 Of late, the Victoria's Secret model has been sharing glimpses of her activities by posting pictures and videos.
Earlier, Hadid, who welcomed her first child, a daughter, with boyfriend Malik in September, celebrated the holiday season with a pair of adorable family shots.
As reported by People Magazine, earlier last month, Hadid revealed to her followers that she has returned to work for the first time since giving birth.
In a video shared on her Instagram Stories showed the new mom filming herself while sitting on a black leather sofa. Hadid wrote, "Would say back 2 work BUT bein a mama is a job like no otherrrr."
"BACK IN THE OFFICE," she added in the caption. (ANI)