Vadodara (Gujarat) [India], August 21 (ANI): Ahead of Ganesha Chaturthi, an organisation based in Gujarat's Vadodara has made eco-friendly 'Vedic Ganesha idols' for the occasion.
Mukesh Gupta, the Director of Kamdhenu Gau Amrita said that the eco-friendly Ganesha idols would benefit the environment as they can be dissolved in water or be used as fertilisers.
"With Ganesh Chaturthi coming up, we are making Ganesha idols using cow dung. The biggest advantage is that these idols can be dissolved in water at the time of visarjan (immersion) so one need not go to a river, they can immerse the idols in water tubs also, and they can be used as fertilisers. The second advantage is that this idol is cheaper than the idols made of plaster of Paris (POP) or clay," he said. 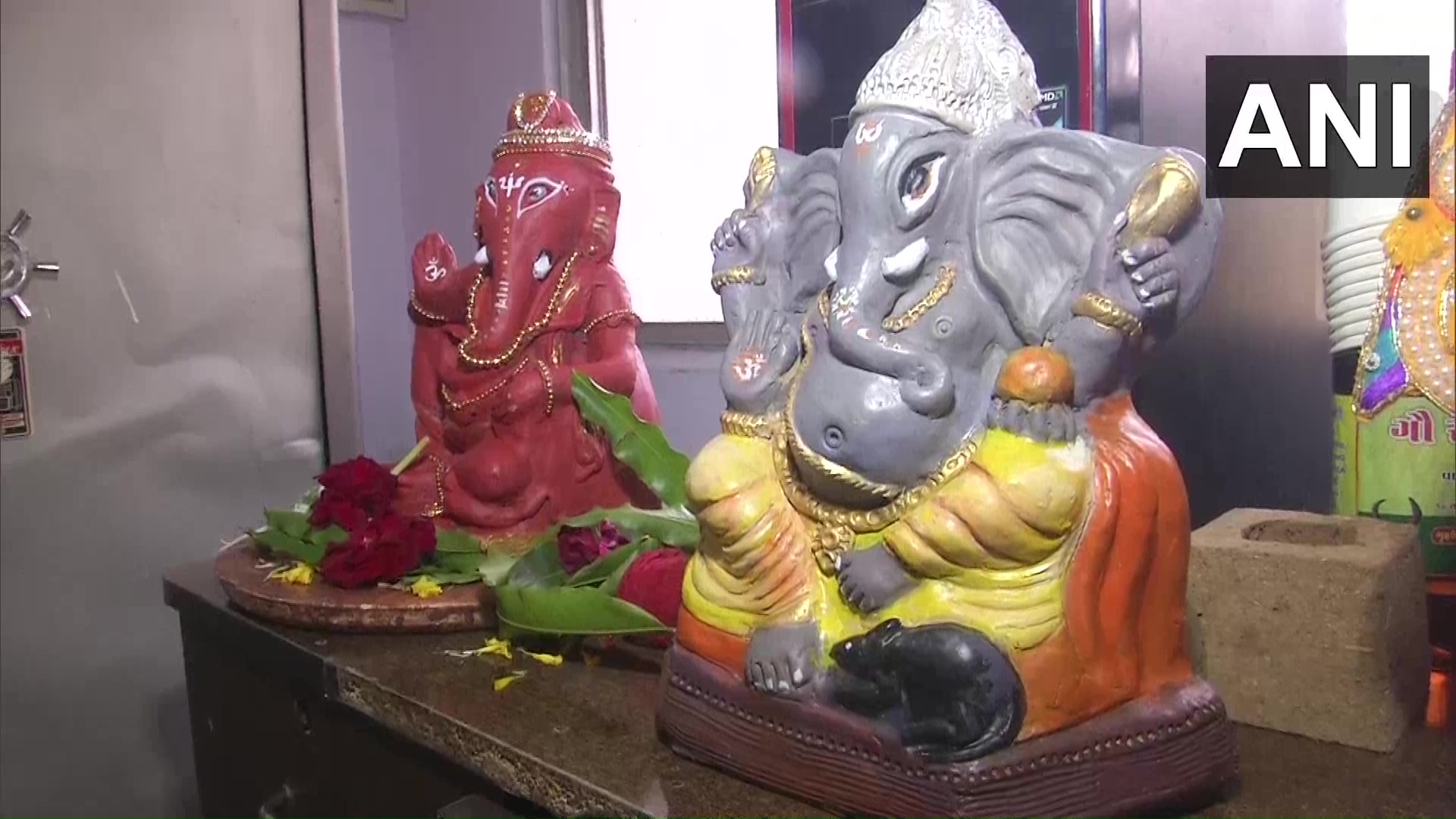 Gupta added that several orders had to be cancelled due to the prevailing weather conditions and COVID-19 outbreak. Following incessant rains and less sunlight, even though the idols are prepared, they are not drying causing hindrance in the process of making the idols.
"Apart from this, cow dung has special importance in Hinduism and it is considered sacred. It is difficult to make these idols; out of 50 idols made, only 30 are successful and 20 are damaged. Due to heavy rains and less sunlight, the idols are ready but they haven't dried due to which we had to cancel several orders. We have 400 orders but we are unable to supply," he added.
As the festival of Ganesh Chaturthi approaches on August 22, the demand for 'Eco-friendly Ganesh Idols' has increased, following which idol makers across the country have started making idols using natural ingredients such as cow dung, seeds, and other herbal products.
"The demand is very high, and we are getting orders from across the country, be it Karnataka, Maharashtra, or Delhi but we are unable to supply due to the weather conditions. Next year, we will supply it everywhere," said Gupta.
The preparations for Ganesh Chaturthi celebrations in Gujarat and around the country have been downsized owing to the ongoing COVID-19 pandemic.
The 10-day festivities of Ganesh Chaturthi, the birth anniversary of Lord Ganesha, will begin on August 22. The festivities end with the final immersion of an idol of Lord Ganesha, called the Visarjan.
The festival is celebrated with much grandeur in Maharashtra, Tamil Nadu, Karnataka, Gujarat among other states. (ANI)