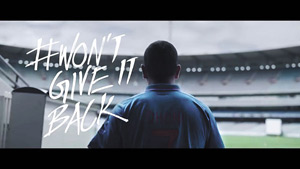 10 March, 2015
Print this article Font size -16+
When it comes to cricket, there is no mercy. And who knows this better than the winners of the last World Cup, India. So, this season, India is ready to play and play rough if required. Lowe Lintas + Partners captured this very attitude in its latest ad for Star Sports, the official broadcaster of the ICC Cricket World Cup 2015. The campaign ‘Won’t Give It Back’ has hit the right notes with the Indians awaiting another win.
The brief to Lowe was simple. That it should be about India defending its title and reflect the undaunted spirit of the team.
The ad, featuring members of the Indian cricket team and fans, is just what Star asked for. “The young Indian cricket team has an attitude of ‘giving it back’ to opponents. There is also the fact that India is the defending champion and so we wanted to instill a sense of not letting go of the World Cup that easily, while we display a readiness to counter the provocations of opponents,” says Arun Iyer, national creative director, Lowe Lintas+Partners.
Soon after launching the campaign across media platforms, the hashtag ‘#WontGiveItBack’ took over social media, becoming symbolic of fans’ sentiments. “India was not in its best form, so we wanted to generate conversations around cricket and Team India with the hashtag. And now it has become a landing point for a lot of conversations,” says Iyer.
(This story was published in BW | Businessworld Issue Dated 23-03-2015)
Tags assigned to this article:
magazine cricket advertising and marketing star sports magazine 23 march 2015 icc cricket world cup 2015