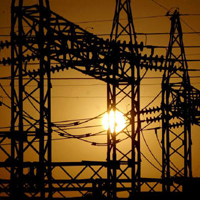 08 November, 2014
Print this article Font size -16+
GVK Power and Infrastructure posted a net loss in its June quarter, weighed down by sluggish investments on infrastructure in a slowing economy and higher interest payments on outstanding debt.

The company had been expected to post a loss of Rs 110 crore, according to an estimate of two analysts tracking the company.

Like its peers in the power sector, GVK has grappled with fuel shortages for its power plants, while its highway construction business has been hit by environmental clearance hurdles.

Overseas, GVK's $10 billion coal mining project, which is a joint venture with Australian mining magnate Gina Rinehart's Hancock Coal, has been delayed to 2016.