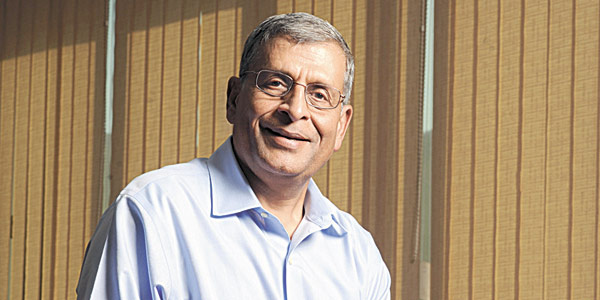 08 November, 2014
Print this article Font size -16+
What do you think about the investment environment in India?
It is quite negative. The government is not coming up with new policies, there are regulatory issues around foreign investors entering India in various sectors and then there are taxation laws. These have made it difficult for investors to take decisions. Slow growth is also affecting the investment scenario. However, we look at India as a long-term opportunity and feel optimistic about it.

Are you referring to foreign investments in e-tail and retail sectors?
E-tail is clearly on top of everybody’s mind because the government has made very strange rules. It is open to FDI in retail, but not in e-tail. That does not make any sense. There is no clarity on what the government’s intentions are. Small things sometimes cause big anguish.

Given that FDI is in the hands of states, what will be the challenges to opening e-tail to FDI? How do you handle technical issues such as  taxation?
I think that it is going to be an issue, and that is why we need the Goods and Service Tax (GST). If GST was in place, a lot of state taxes such as octroi would disappear. However, because things are not perfect, the central government has to step in and take a stand. If you wait for the GST to talk about e-commerce, I think it will be too late. A big part of the problem is that we need to attract more foreign capital.

What are limited partners (LP) saying about India? Times have not been good of late...
They are not just negative. I would say they are very, very negative on India. One factor is the fall of the rupee.

I think the rupee will continue to fluctuate, but it was the government’s stance that shook everyone’s confidence. It basically looked like the government was lost and did not know what to do.

What kind of e-tail companies will you continue to bet on? Those with models based on marketplace or on warehousing?
We believe that marketplace models like Snapdeal or Shopclues are the right fit for India. Though there is room for both models, if you were to look at markets like South America, China and South Korea, marketplace models have ultimately won out, and we believe that is what will happen in India.

But that does not mean inventory-led models will not have a good opportunity. Flipkart is still bigger than Snapdeal. But, yes, Snapdeal is catching up fast.