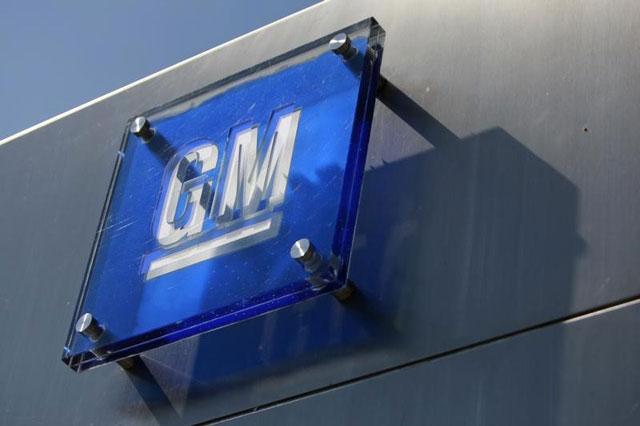 04 May, 2015
Print this article Font size -16+
General Motors aims to grab at least 5 per cent market share in India within the next decade, as it sees that market overtaking Japan as the world's third biggest with projected annual sales of 8 million vehicles by 2025.
The Detroit carmaker, which is losing money in India even after 18 years there, will unleash a product blitz aimed at reviving sagging sales, and will make India a new global manufacturing and export hub, taking some of the strain off South Korea, where labour costs have ballooned in recent years.
As part of a strategic plan due to be announced later this year, GM will launch newly designed subcompact cars into India, where buyers are shifting from no-frills econo-cars to models offering more room and functionality.
"India may be the last big white sheet of paper in the automotive industry," Stefan Jacoby, GM's chief of international operations, told Reuters in a recent interview.
India's autos market has been steady for the past few years, with annual sales of just above 3 million vehicles, but Jacoby sees that changing with Prime Minister Narendra Modi, who took office last year, vowing to reboot Asia's third-largest economy.
"India has gained back confidence," especially after Modi's election, said the 57-year-old, who joined GM from Volvo Cars in 2013. "We're pretty optimistic. We see growth potential in India, and believe there's a good opportunity for the Chevrolet brand to take share in this market. There's more prosperity and buying power. Vehicles selling for $5,000-$8,000 will more and more disappear in India."
The gradual pivot to India mirrors moves by Ford Motor <F.N> and Nissan Motor <7201.T> to modify their strategies to give them the ability to ramp up exports from India.
Korea Move?
Under Jacoby, GM has been realigning its global manufacturing operations to squeeze out better profits. It has shuttered plants in Australia and Indonesia and is to scale down operations in Thailand.
"India's going to become a key global production and export hub for GM," said James Chao, Shanghai-based Asia-Pacific managing director at industry consultant IHS Automotive, noting India will partially replace South Korea as GM's key Asian export base.
South Korea has for years been a low-cost export hub for GM, producing close to a fifth of its global output. But labour costs have risen by nearly half in just five years, pushing it into a high-cost bracket along with Japan.
"We have no concrete plans to close factories (in South Korea)," Jacoby said, but, to remain competitive, GM Korea must find ways to "drive efficiencies over time."
GM's Korean factories last year produced about 630,000 vehicles, but a capacity utilisation rate of around 75 percent is too low to be profitable, analysts say.
GM began rationalizing its Korean operations a few years ago, but the company "needs to face reality in Korea," Jacoby said, noting that the power of the labour unions is a "huge challenge" for GM and, more broadly, an issue for South Korea's competitiveness.
IHS forecasts GM production in South Korea will slide by more than a third to 365,000 cars a year by 2025.
Bold Targets
By 2025, GM hopes to be selling 400,000 vehicles a year in India - a big jump on the 57,600 it sold last year, which gave it 1.8 percent market share. IHS, however, predicts GM's India sales still won't have topped 300,000 vehicles a year by 2025.
GM lost 38.5 billion rupees ($604 million) in India in the year to March, according to a company filing with the corporate affairs ministry. GM said it would not comment on its financials.
Capitalizing on relatively low labour costs, GM hopes India will "export approximately 30 percent of (its) production," Jacoby said.
That would mean GM aiming to ship around 170,000 cars a year to Southeast Asia, Latin America and elsewhere by 2025. It began exporting out of India last September, and shipped just 2,154 vehicles by end-March.
The targets also suggest GM will have to more than double production capacity in India to 570,000 cars a year, from the 282,000 car annual capacity it currently has at assembly plants in Halol and Talegaon.
With the new for-India models, Jacoby said GM plans to significantly boost the ratio of components made and bought locally to around 70 percent of the overall component content - making the cars more affordable.
GM already plans to launch two "image building" models into India: the Trailblazer SUV due in the second half of this year, and the Spin multi-purpose van due next year.