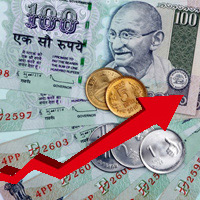 08 November, 2014
Print this article Font size -16+
India's worst economic slowdown in a decade has bottomed out and growth is expected to pick up to 6.4 per cent in the current fiscal year, C. Rangarajan, economic adviser to the Prime Minister said on Tuesday, 23 April 2013.

Rangarajan was releasing a report from the Prime Minister's Economic Advisory Council, which he heads, on the state of the economy in 2012-13.

"I believe we have reached the bottom, the economy will now continue to grow at a faster rate," Rangarajan told reporters.

"The very high level of investment rate that we have even now gives us the hope that if we take action for speedy implementation of projects we can achieve the higher rate of growth quickly even in the short term," he said.

Capital investment growth in Asia's third-largest economy has slowed down to at least an eight-year low as regulatory hurdles have stalled more than 7 trillion rupees big infrastructure projects, leaving investors wary and frustrated.

Prime Minister Manmohan Singh has set up a panel known as the cabinet committee on investment (CCI) to expedite regulatory clearances for major projects. On Monday, the panel cleared several energy and power projects worth billion of dollars.

The council said the government needs to do more in the coming months to facilitate new investments, adding speedy execution of projects coupled with normal summer rains will usher in a broad-based economic recovery.

"We have also indicated that there are several actions that need to be taken in order to ensure that we achieve this higher rate of growth," Rangarajan said.

The panel said it expects the full-year current account deficit, seen as the main worry for the economy, to narrow to 4.7 percent in the current financial year from 5.1 percent last year, helped by higher exports and lower gold imports.

It forecast headline inflation of 6 per cent in the current financial year, allowing room for the RBI to persist with monetary easing. Wholesale price-based inflation, India's main inflation indicator, slowed to 5.96 percent in March, its lowest level since November 2009.

Improvement in performance of agriculture and manufacturing sectors is expected to push the economic growth rate, the report said.

Economic growth rate had slipped to decade's low of 5 per cent in 2012-13 mainly on account of the impact of the global financial woes.

Rangarajan hoped that the GDP estimate for 2012-13 would be revised upwards from 5 per cent estimated in February by the Central Statistical Organisation (CSO).

The improvement in the growth rate in the current fiscal, he said, would mainly be on account of better performance of agriculture, industry and services sectors.

Rangarajan said the action taken by the government to speed up project clearances since September would be visible in the current fiscal.

On the spiralling current account deficit (CAD), Rangarajan said it is likely to come down to 4.7 per cent of the GDP in 2013-14 from about 5.1 per cent in the previous fiscal.

The CAD, which is the difference between inflow and outflow of foreign exchange, shot up to an historic high of 6.7 per cent of the GDP for the quarter ended December 2012.
Observing that controlling CAD remains government's main concern, Rangarajan said, "it is also vitally necessary to encourage exports of both merchandise and services".

He hoped that with inflation coming down, peoples' appetite for gold, the import of which along with petroleum products had added to the pressure on CAD, will also diminish.

The government, he said, would have to maintain an attractive return in financial assets for bringing down the demand of gold.

Also, "price and subsidy reforms in petroleum products need to be completed to control our oil import bill".

On the price situation, PMEAC said inflation continues to remain high, but there are definite signs that wholesale price index (WPI) based inflation is coming down.

"Non-food manufacturing inflation remains around the comfort zone. As inflation comes down, it will create more space for monetary policy to support growth," said the Prime Minister's economic adviser.

He further said policy and administrative actions such as the recently constituted Cabinet Committee on Investment can help overcome obstacles in the speedy execution of projects.

"While even existing rates of investment should enable us to grow at 7.5 to 8 per cent over the short term, a return to higher levels of savings and investment can take us back to the very high levels of growth which we had seen earlier," he said.

Rangarajan said if India grows at 8-9 per cent per annum, "we will graduate to the level of a middle income country by 2025".