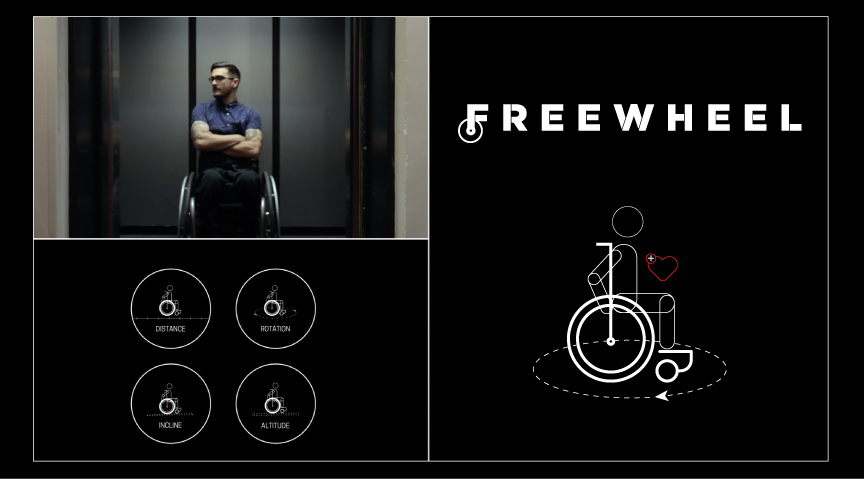 15 August, 2015
Print this article Font size -16+
Every day a new fitness tracker joins the hundreds beginning to flood the market, but it’s more rare to see one that goes beyond counting steps and measuring heart rate and buzzing on the wrist to tell you this or that. Austin-based Chaotic Moon Studios has come up with a wearable with a difference, first reported on by TechChrunch. It’s focused on solving a real problem, in practical terms.
“The purpose of technology is to improve people’s lives,” says the company’s Twitter account, “Say hello to the world’s first wheelchair fitness tracker.” Chaotic Moon describes itself as a creative technology studio that develops user-centred experiences for leading brands. It’s now been acquired by Accenture to enhance its digital design and innovation capabilities. On its own steam, Chaotic Moon has clients like Dell, AMD, Whole Foods, Yum and more in its portfolio.
One of the things it does is to user research.
The idea for a fitness tracker for someone who uses a wheelchair came from Tyler  Hively, a person who works with Chaotic Moon and uses a wheelchair himself. He was speaking with his occupational therapist sister when the idea came up.
The wheelchair fitness tracker, Freewheel, has a number of sensors such as a GPS,  gyroscoptic sensor, and can track and measure speed, incline, movement, and other parameters. This may sound unexciting, but the idea comes into its own when you put the data to practical use. First of all, Bluetooth transmits all the data to a device. Now when users fitted with Freewheel on their chairs go about, information pours in to help map the routes taken by the users. Once this happens, you can map routes for various reasons such as which paths are safe for users, which should be designed differently etc This sort of mapping can be put to use for those not using a wheelchair as well but specifically for someone in a wheelchair, information about the route can help send audio alerts to the user, who doesn’t have hands free because they’re busy operating the chair. Warnings and navigation are an obvious use.
FreeWheel has some similarity to the LeChal shoes that have been developed by Hyderabad-based Duceres Technologies and both these products are a wonderful example of how wearables will soon, in the not to distant future, address real-world problems instead of just being a good looking gimmick worn on your wrist.
Tags assigned to this article:
future now mala bhargava chaotic moon freewheel