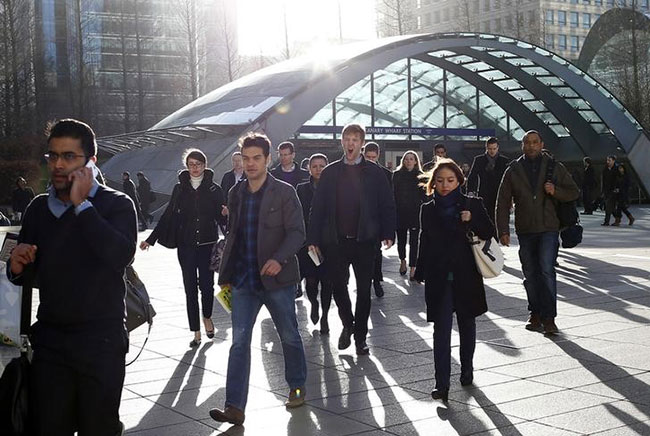 16 June, 2015
Print this article Font size -16+
Several of the biggest fund managers based in London are drawing up plans to move trillions of pounds of assets and thousands of jobs outside of Britain should the country vote to leave the EU in a referendum due by the end of 2017, the Sunday Times said.
Prime Minister David Cameron's Conservatives won an unexpected majority in polls last month and are now seeking to renegotiate Britain's relationship with the 28-member bloc ahead of a plebiscite.
Cameron has toured major European capitals to drum up support for reforms but is facing an increasing strong Eurosceptic voice from within his own centre-right party at home.
The Sunday Times said that several major funds had said on condition of anonymity that they had set up committees to prepare for a possible move, with Luxembourg being one possible country to which they could relocate.
"We would move to Luxembourg," one source at a London fund said.'
"There’s a chance we could keep some senior managers in the City, but most people would have to be relocated."
The newspaper said it had spoken to fund managers who believed they could be forced to leave due to EU regulations which only allow the sale of investment products in the bloc when the European headquarters are based in a member state.
On Friday, the only major ratings agency still to give Britain a top-notch credit rating said it risked a downgrade due to the government's decision to hold a referendum over EU membership.
However, a senior executive with global investment firm PIMCO said earlier this week that the chance of a 'Brexit' was very low and uncertainty over the referendum outcome was not likely to affect business investment.
(Agencies)
Tags assigned to this article:
finance britain news 9 european union david cameron london