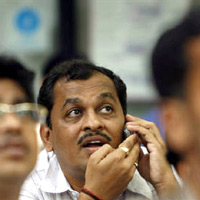 08 November, 2014
Print this article Font size -16+
Mobile phone users will soon be able to change their telecom operators and retain their numbers even if they are relocating to areas outside the service providers' operations.

At present, mobile subscribers have restricted facility of changing their telcos while retaining their number within same service area using mobile number portability (MNP). For example, a subscriber in Delhi NCR can switch operator within Delhi NCR only.

The Department of Telecom has set a target date of March 31, 2015 to implement the full mobile number portability (MNP), an official source said.

"The Telecom Commission has accepted TRAI's recommendations on full MNP," the source said.

The panel decision will now be placed before Telecom Minister Ravi Shankar Prasad for the final approval.

Under the full MNP, for instance, a subscriber in Delhi NCR will be able to switch to a telecom network in Tamil Nadu or in any of the state or place where he is relocating himself/herself while retaining the same number.

As per the latest data released by the Telecom Regulatory Authority of India (TRAI), about 13 crore people have requested for MNP facility as on August 31.

TRAI in its recommendation on full MNP had suggested to give telecom operators six-month time to make necessary changes in their network from the date the proposal is cleared. The source said that DoT will make efforts to get it expeditiously done in about five-month time.
Tags assigned to this article:
columnists prosenjit datta web exclusives opinion 5 bjp narendra modi prosaic view