Frauds In The Age of ‘Netocracy’ 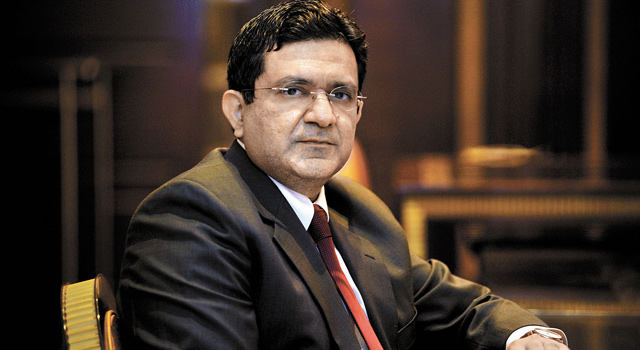 08 December, 2014
Print this article Font size -16+
Globally, enterprises, individuals and even governments have been swept away by the digital tornado. At its core is the Internet, a force so powerful due to its sheer ability to connect, share and communicate between millions of touch points on a real-time basis. But what does the future hold? One concept set to redefine the future is the concept of Netocracy. The Web defines it as “a perceived global upper-class that bases its power on a technological advantage and networking skills”. Though it sounds esoteric, Netocracy is a real phenomenon where information will be readily available and decisions will be made collaboratively for the benefit of the larger society.

The idea is that the one who controls and has access to information will rule the businesses, economy, politics and eventually, the ‘world’. In many ways, it is already driving societal transformation through activist movements, political campaigns and even changing business strategies.
The wave of Netocracy will bring power to the hands of every person and enable active contribution toward decision making processes. For example, some governments (such as India’s) have launched Web portals where people can directly participate in the decision making process. What lies ahead is decisions being voted and progress mapped on a real-time basis. While this will ensure greater transparency, it can also open a Pandora’s box, laced with possibilities of fraud risks and abuse of power.
For instance, a ‘netocratic’ state can fuel an increase in identity thefts, equivalent to almost physically terminating someone in reality. In such a scenario, biometric and passwords will be the key to facilitate all forms of interactions to maintain security. With large scale malware attacks still prevalent, it would be quite disastrous if these risks are not controlled as that can lead to the collapse of the entire security framework.
Data theft is another major threat, especially because major decisions and confidential communications will be taking place electronically. The data could be misused as it can be a soft target for anti-national elements. For example, sourcing private information about powerful businessmen or politicians and leveraging it to blackmail or pressurise could be done as easily as hacking an email account. But the implications would be incredibly hazardous during ‘netocracy’ as the news will spread like wildfire, resulting in irreversible damage to the nation’s economy.
Data tampering is another area of concern that can augment fraud risks. The effects of tampering mission critical data can be lethal as it could end up altering the decision making process. To give an example, tampered information about issues such as human rights could result in employee unrest, with corporations being forced to shut down. This would snowball into increased stress on the nation’s economy and eventually political instability. A state of anarchy could ensue that could have been possibly avoided if the data had not been manipulated. Privacy of data will be a massive threat to a ‘netocrat’ storing or utilising personal information, bank details, etc., during active participation.
In the world of Netocracy, the availability of infrastructure and networks will be crucial. For instance, a nation or enterprise heavily dependent on technology will have to combat the repercussions of ‘virtual terrorism’, which may be aimed at crippling its IT infrastructure that facilitates this framework. The probability of individuals blowing the whistle on issues related to corruption and bribery will be magnified with the ‘netocrats’ leading from the front.
Confidentiality on the web is nearly impossible and in such a scenario, the identity of the whistle-blower may be compromised. The whistle-blower may then be faced with threats, leading to physical, emotional and monetary harm.
But does this mean that individuals owning networks such as technology enterprises, social media companies, Internet analytics corporations would be in a superior position to predict and control what happens in future? While it may still be too early to prophesy that, right now it is a wait-and-watch game as the Internet continues to emerge as an integral component of our existence.
The author is partner and national leader, Fraud Investigation & Dispute Services, EY India
(This story was published in BW | Businessworld Issue Dated 15-12-2014)
Tags assigned to this article:
magazine it internet arpinder singh magazine 15 december 2014 netocracy