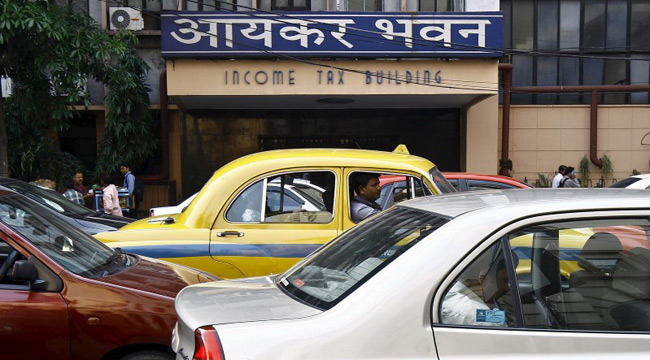 14 April, 2015
Print this article Font size -16+
Nearly 100 foreign funds have been asked to cough up an estimated $5-6 billion for "untaxed gains" made by them in the Indian markets over the past years in the biggest such tax demand in the country.
The number of affected investors can rise substantially as assessments are still in progress and notices could be served in many more cases, taking the overall tax demand from them to well over $10 billion, sources said.
Spooked by these "retrospective" notices and assessment orders, the foreign investors have begun lobbying intensely with the policy makers and regulators, while stating that the move goes against the government's stated position of providing a "non-adversarial and stable tax regime".
Till March 31, close to 100 FIIs got notices from the Tax Department for a controversial minimum alternate tax (MAT) of 20 per cent, while they are now being followed up with assessment orders.
The FIIs have, however, decided to challenge the tax demands, stating that MAT cannot be levied on FIIs or FPIs as they do not earn any "business income" in India and their income is defined as "capital gains" under the I-T Act.
These FIIs, many of whom have now converted themselves into Foreign Portfolio Investors (FPIs), include entities from the US and Europe as also those operating through Singapore, Hong Kong and Mauritius.
"This development has caught everyone by surprise and is extremely worrying for foreign investors," said Patrick Pang, a managing director at the Asia Securities Industry & Financial Markets Association (ASIFMA) in Hong Kong. "It suggests that the Indian government can come out at any time and re-clarify what was believed to be an established tax policy on foreign investments."
The issue has been raised by FIIs with Indian Finance Minister Arun Jaitley, Minister of State for Finance Jayant Sinha, capital markets regulator Sebi, the Central Board of Direct Taxes and the top Finance Ministry officials, while they are now planning to approach Indian Prime Minister Narendra Modi to intervene in the matter.
When contacted, a top official said that the government is looking into the matter to allay any "genuine concern" such investors might have, but added that no assurance can be given as of now to nullify the notices.
In India, foreign investors have hitherto paid 15 per cent on short-term listed equity gains, 5 per cent on gains from bonds, and nothing on long-term gains, but from late last year many firms received notices from tax inspectors requiring them to pay MAT, potentially bringing overall tax on these gains to as much as 20 per cent.
There are an estimated 8,000 FPIs registered in the country and they have emerged as a mainstay of the Indian markets over the years with an overall outstanding net investment of $226 billion (over Rs 11 lakh crore).
This includes over Rs 8 lakh crore in stocks and Rs 3 lakh crore in debt markets. In the fiscal 2014-15 itself, FPIs made a net investment of Rs 2.7 lakh crore into the Indian markets.
Interestingly, this is the first time since 1993, when FIIs were allowed to invest in the Indian markets, that such investors have been asked to pay MAT.
Investor Sentiment
Amid concerns that investor sentiment can take a hit as similar demands may be slapped on foreign companies, many international bodies have red-flagged the latest move of the Tax Department, saying "this may act as strong deterrent for foreign investment in India".
These organisations include European Fund and Asset Management Association (EFAMA), Asia Securities Industry and Financial Markets Association (ASIFMA) and ICI Global, while many foreign funds have also individually raised the issue.
MAT is generally applicable to domestic and foreign companies having a "place of business in India" that are required to draw up a balance sheet and a profit and loss account for their business income.
However, the Tax Department began issuing tax notices to FIIs as well late last year.
To clarify the situation, Jaitley in his Budget this year proposed to amend the relevant sections so as to specifically "provide that income from transactions in securities (other than short term capital gains arising on transactions on which securities transaction tax is not chargeable) arising to an FII, shall be excluded from the chargeability of MAT."
These "amendments will take effect from April, 1, 2016 and will, accordingly, apply in relation to the assessment year 2016-17 and subsequent assessment years".
"There is nothing (in the budget) to suggest that it (the exemption) would apply to old cases," one tax department official said.
It is this "prospective" nature of the clarificatory amendment that has led to the Tax Department continuing with its notices and assessment orders for MAT demand from the FIIs for the past years.
Indian tax laws allow such notices and assessments to be issued for up to seven previous years.
Experts, however, said that such tax demands would also override benefits enjoyed by foreign entities under India's bilateral tax treaties with Mauritius and Singapore - two jurisdictions that account for a major chunk of overseas inflows.
"The current action by the tax authorities practically results in overriding the favourable capital gains tax provisions in India's treaties with countries such as Mauritius and Singapore," said Sudhir Kapadia, National Tax Leader at EY.
The situation has created "avoidable uncertainty" in taxation of an important source of foreign investment in the Indian economy, he added.
Ketan Dalal, Senior Tax Partner at PwC, also said that the uncertainty over MAT is hurting investor sentiment and was creating "the image of a tax regime where unpleasant surprises seem to be the norm".
(Agencies)
Tags assigned to this article:
taxation top 1 income tax investment finance ministry sebi central board of direct taxes arun jaitley jayant sinha