For Some Fans Of Modi, So Far, So Disappointing 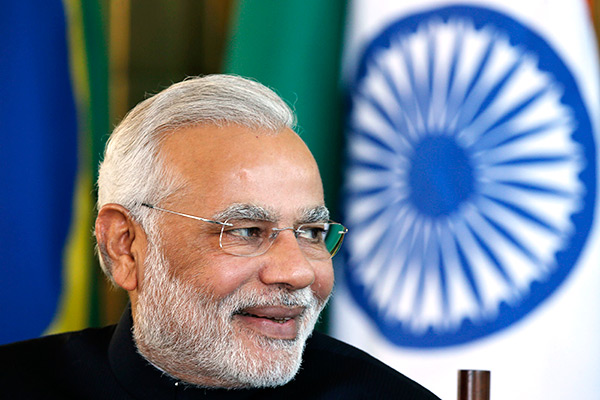 08 November, 2014
Print this article Font size -16+
As an election campaigner, Narendra Modi promised sweeping market reforms to revive India's economy and put the country to work. As prime minister, he has dismayed admirers, apparently reverting to the script of the hapless government he defeated.

To some of the economists and business leaders who as his campaign cheerleaders dared to dream of a Thatcherite revolution, he seems not to be listening. Three months after his win, it is dawning on them that their views count for little.

"As of now, the momentum is lost. They might still recover it, but we have lost the moment," said Bibek Debroy, a prominent economist who co-wrote a book laying out a reform agenda that the new prime minister himself launched in June.

Debroy told Reuters that so far there had been no signs of the promised change at institutions sapped by graft and over-regulation that many Indians have grown to revile.

Back in the heady days of the election campaign, Modi and his supporters seemed much more in tune, all lambasting the last centre-left government for years of waste and policy paralysis and building expectations of a regime of "minimum government and maximum governance" that would unshackle key sectors of the economy from the state.

But now there is a sense that the 63-year-old Bharatiya Janata Party (BJP) strongman, who made his reputation putting his home state Gujarat on a high growth path, has somehow stumbled in New Delhi.

To be fair, the government has a five-year term to achieve Modi's goal of transforming India into an economic and military power able to withstand the rise of China on its doorstep.

On Friday, Modi will make his first Independence Day speech from the ramparts of the Red Fort in Old Delhi, and the expectation within his party is that he may use the occasion to announce bold changes that have so far been absent.

According to economists at HSBC, the government has already moved with "unaccustomed alacrity" on a number of fronts, such as opening up the state railways to foreign investment and providing new guidelines for a more streamlined bureaucracy.

"But the stuff that will lift economic growth over time ... requires deft and delicate handling," they said this week, noting resistance to reform from the country's states and the challenges of pushing legislation through the upper house of parliament, where the BJP does not have a majority.

More Of The Same
Modi won India's biggest election mandate in three decades in May after promising to revive growth that has fallen below 5 per cent, choking off job opportunities for the one million people who enter the workforce every month.

He dangled the prospect of new roads, factories, power lines, high-speed trains and even 100 new cities. So far, there has been little movement on any of these gigantic tasks, which will require an overhaul of India’s land acquisition laws, faster environmental clearances and an end to red tape.

He has refrained from cutting food aid that is estimated to cost 1 per cent of gross domestic product, or tackling costly welfare programmes.

Last month, his government blocked a global trade reform pact, saying there must be movement on a parallel agreement on stockpiling that is necessary to run a programme to distribute cheap food, the world's largest.

A leader with such a strong mandate "should be making policy with conviction, not emulating tactics of a defunct government," Surjit Bhalla, an economist and bitter critic of the previous government, wrote in the Indian Express newspaper.

BJP leaders and strategists with ties to the Modi administration said the government had considered reforms to a $6 billion workfare scheme that guarantees 100 days of employment a year to the rural poor.

One idea was to take modest steps that would cut waste, stop unproductive work and tackle embezzlement, said a source with knowledge of the discussions within the government. But the government shrank back even from that, and actually increased funding for the scheme in its budget for fiscal 2014-15.

It was not clear who vetoed the changes, but the source said some were pointing the finger at India's powerful bureaucracy.

Tweeting But Not Talking
Modi himself has not been speaking much, and that has compounded the problem, said a member of his campaign team.

Modi the campaigner was everywhere, even appearing as an animated hologram in places he couldn't visit. Modi the premier has been low-profile, preferring to communicate through Twitter.

His reluctance to engage the media has drawn parallels with his reserved predecessor, Manmohan Singh, although the two men could hardly be more dissimilar.

"Manmohan Singh's silence was out of compulsion, Modi's by choice," said the election strategist.

Some of Modi's top-ranking supporters including top Columbia University economist Jagdish Bhagwati, who hailed his rise as a turning point for India, have yet to find a role in his team.

Bhagwati, who told Reuters in April that he expected a spot on an external council advising the prime minister, declined to comment on the government's performance so far, saying he was recovering from surgery.

He noted in an email, however, that there had been mixed reactions to Modi's first three months.

Arvind Panagariya, Bhagwati's protege at Columbia, had nothing to add to an article he wrote last month criticising Modi for continuing wasteful subsidies and sticking to a fiscal deficit target that he believes will throttle growth.

Panagariya has taken on a role advising the government of Rajasthan, a BJP-led state that has since the election rolled out the sort of ambitious reforms Modi fans had hoped he would embrace for the nation as a whole.

Modi The CEO
While Modi is yet to unveil major policy initiatives, he has been unrelenting in his focus on making government accountable and holding his ministers to high standards of public probity.

Cabinet colleagues routinely field calls at the crack of dawn or late at night from the prime minister's office, often to check on work in progress.

Modi himself works 15-hour days and at weekends, and expects similar commitment from members of his government.

One minister was refused permission to go on a private trip abroad to attend his daughter's graduation. He was told that, if he really had to go, he should give up his post. Another, on his way to the airport for an official tour, was told to dress appropriately since he was representing his country.

"To be fair, Modi has been taking quite a few incremental measures, which will make it easier to do business in India," a banker said, on condition of anonymity.

"People pay little attention to nuts and bolts reforms as they don't make headlines, but they count a lot."

At least one prominent Western investor is voting with his feet.

"I do see India as a great place to invest, and I think the election made that even better," said Trump, in India to launch Trump Tower in Mumbai, his first project in the country's financial capital, in collaboration with India's Lodha Group.