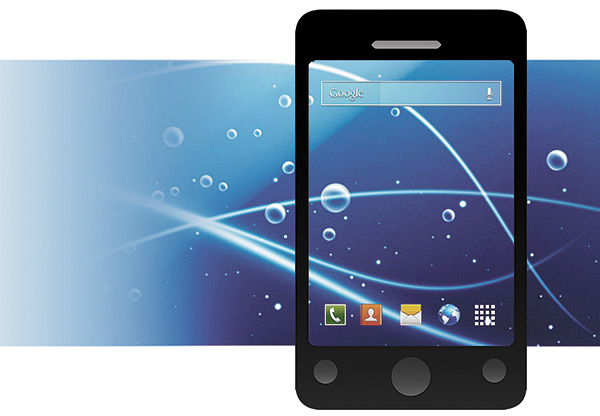 08 November, 2014
Print this article Font size -16+
Get It Done Sooner
Getting things done becomes so much easier when the planning is enjoyable. And the iPhone app Sooner makes it so. This rather expensive app(Rs 350) uses gestures in a most unusual interface.

It’s like a clock face. You drag a plus sign to the edge of the clock to add a task or list of tasks under a category. So you can make lists within broader lists. But its main idea is to lay out tasks and goals to span the clock, which is when you can actually get them done, one by one, in priority. Sooner has much-needed tips that come up contextually as you try to do something. Calendars, reminders, notes, etc., all pop up when needed and can be accessed with a swipe or tap. It’s very much a personal use app but you can edit the categories given and include professional work out tasks and goals to span the clock.
A Network Of Wallpaper Users
For the easily bored, here's a free app that changes your wallpaper every time you unlock your Android phone. If that's too much of a good thing, you can tune it down and change every once in a while. The wallpapers in Bitmado come from users. When you submit a photo to the wallpaper collection, Bitmado checks out the resolution and rejects the picture if it doesn't make the cut. So no one gets to see low-quality images. The context is up to the users and fortunately is mostly very nice.
Users vote up or down an image and the selections show up on screen. It's addictive especially when you put in your own images.
The app is like a social network of wallpaper users and could be more interesting. It would also be nice if the app didn't register users with their Google or Facebook logins.
Change The Look
Launchers, or applications that can change the interface of your Android phone, have tended to be complicated to use. Sometimes, in fact, they only work with a ‘rooted’ phone. But they’re getting easier and mainstream. Find on the Google Play Store, an app called Themer. It’s still in beta, so you have to ask for an invite. Once you do, open it and allow it to be your main launcher temporarily. With the new themes from Themer, you can set widgets and apps afresh, in a new look, changing the look of your phone completely.
Be prepared to find things that you’ve put in familiar places to have disappeared. They’re all in the app drawer and the widgets section, of course, and you can get back to them by selecting your smartphone’s own interface again. Themer is free.