Food, Fusion And Other Flavours 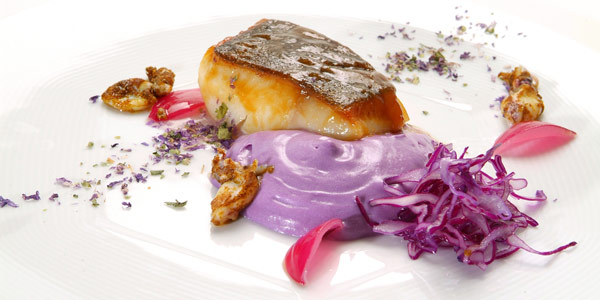 08 November, 2014
Print this article Font size -16+
Italians are known for their good looks, their charming manner, their sing-song accent and their love for food. Executive chef Francesco Apreda from Imago, the renowned Michelin star restaurant located on the sixth floor of Rome’s legendary Hassler Hotel, is no exception.

As I meet him for a chat at Travertino, the Italian restaurant at The Oberoi, New Delhi, where he is currently doing a white truffle festival, he tells me about his love for food, his tryst with India and the various influences in his cooking. “My food can be described as having a traditional Italian base but with influences of the Orient. It is fusion cooking,” says Apreda who worked in Japan for a few years at the Italian restaurant Cicerone at Tokyo’s Imperial Hotel. He also travelled extensively over South East Asia and those influences can also be found in his cooking.

But what about India? Do Indian spices, styles and aromas influence his cooking? “Yes absolutely. I love India. I’ve been coming here for several years now as I’m a consultant with Travertino in New Delhi and at Oberoi’s Italian restaurant, Vetro, in Mumbai.” At least three dishes at the Imago have an Indian influence. “My potato pasta served with curry and king crab is very popular as is the duck cooked in tandoori style,” says Apreda. He admits he doesn’t have a tandoor so he marinates the duck overnight in yoghurt and then cooks it in a clay tureen with tandoori spices. “It’s my style of cooking and is well appreciated.” Another dish which has an Indian influence is the foie gras terrine with a hint of beetle nut powder. “Beetle nut is very acidic and so goes well with foie gras terrine,” explains Apreda.
The first time Apreda came to India, he found the food too strong and the spices overpowering. But over the years, he admits, his palate has developed and he can now understand and distinguish between the different spices and herbs. “I appreciate Indian food a lot more now.”

And what is his take on Italian food cooked by Indian chefs? “I’ve tasted Italian food cooked by Indian chefs and though it is nice, it is often an interpretation of Italian food, not authentic Italian. That’s because Indian chefs need to be close to the Indian palate so they put in a lot of spices.” At Travertino, he says, they try to keep the food authentic. All ingredients including tomatoes are imported from Italy to try and keep the flavour as authentic as possible. “When it first started eight years ago, people were not that knowledgeable. They would order a pasta and then ask the chef to add more spices to it. Of course, we did it because at the end of the day you need to satisfy the guest but we also tried to educate them.” Now, he says, things are different. Most guests are well travelled and are looking for the same flavour that they experienced in Italy. “They realise Italian food is more than pasta and pizza.” For instance, when he was doing the white truffle festival at the Vetro in Mumbai last year, they finished 2 kg of white truffle over five days. “I was surprised because white truffle is a very expensive ingredient and I wasn’t sure if Indians would take to it.” But people came in with families and showed him pictures of how they had gone searching for white truffles with dogs on their holiday in Italy.

White truffles which are unique to Italy sell for over $3000 a pound and are found primarily in Northern Italy in the months of October and November. Such is the demand for this delicacy that a black market has cropped up, even while truffles are often sold at auctions.

The white truffle festival at the Travertino is on till December 1, 2013, in case you would like to taste this delicacy or try one of Apreda’s special dishes.
Tags assigned to this article:
after hours web exclusives more 4 lifestyle smita tripathi chef francesco apreda michelin star italian food white truffle festival