Finance Minister To Present Budget For FY16 On Feb 28 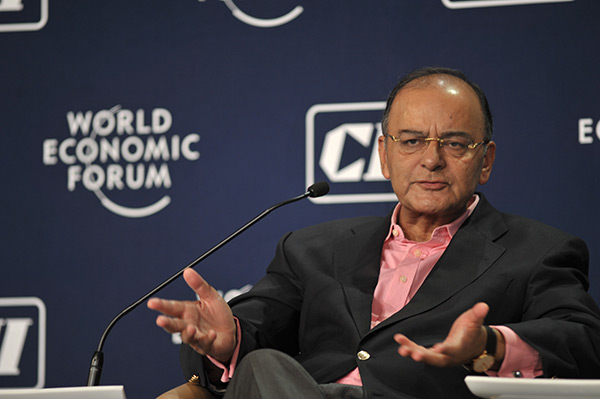 22 January, 2015
Print this article Font size -16+
The General Budget will be presented on February 28, a Saturday (21 January), in the Budget session of Parliament beginning February 23 during which the government will also seek to convert six recent ordinances into legislations.

Parliament will have a special sitting on Saturday, a holiday, for Finance Minister Arun Jaitley to present the Budget which will be preceded by the Economic Survey on February 27 and Railway Budget on February 26.

The Cabinet Committee on Parliamentary Affairs which met in New Delhi on Wednesday (21 January) recommended to the President the schedule of the Budget session.
Stock Exchanges Consider Opening On Budget Day
India's stock exchanges are considering trading on February 28, the budget day, which falls on a Saturday.

"If SEBI wishes we will be open on budget day. We await a direction from regulator," a spokesman for the National Stock Exchange (NSE), the country's top exchange, said.

A source at the BSE said the exchange was in talks with the NSE and capital markets regulator SEBI, but no decision has been taken yet.

Jaitley's First Full-fledged Budget
This will be Jaitley's first full-fledged budget as the previous one presented by him in July last year had to be done in less than two months of the formation of the Narendra Modi government.

A senior minister said that in the past too, Budget has been presented on a Saturday if it happened to be the last day of February, traditionally the day for budget presentation.

The session, being the first in the new year, will begin with the President's address to the joint sitting of the two Houses on which there will be discussion and a vote on a Motion of Thanks.

Parliamentary committees will examine the demands for grants of the various ministries during the recess.

The Motion of Thanks to the President's address will be debated on February 24 and 25.

During the session, government will push for passage of Bills on six ordinances promulgated recently. The ordinances include those on coal, mines and minerals, e-rickshaws, amendment to Citizenship Act, Land Acquisition and the one on FDI in insurance sector.

The government is especially under pressure to legislate the ordinance on insurance sector and the coal sector in view of the fact that the new systems in place for attracting FDI in insurance and for auctioning of coal blocks are not disturbed.

"We have decided to highlight the number of ordinances issued by Congress governments during tenures of (Jawaharlal) Nehru, Indira Gandhi and Rajiv Gandhi," Parliamentary Affairs Minister M Venkaiah Naidu told reporters after the meeting.

While the first part of the Session is likely to have 26 sittings, the second part would have 19 sitings.

A total of 66 bills, including nine in the Rajya sabha, are pending in Parliament.

Amongst the bills government proposes to introduce, include Amendments to the Whistleblowers Protection Act, The Rights to Services and Grievances Redress Bill, Amendment to the Inter-state Water Dispute Act, The Carriage by Air (Amendment) Bill, The Recognition of New Systems of Medicine Bill, Amendment to the National Commission for Women Act, and the Andra Pradesh Reorganisation (Second Amendment) Bill, the sources said.