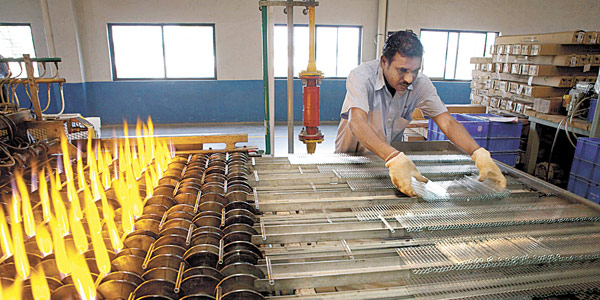 16 April, 2015
Print this article Font size -16+
India's industrial output growth accelerated to 5.0 per cent in February, its fastest pace in nine months, mainly driven by growth in capital goods and consumer goods sectors, government data showed on Friday (10 April).
Analysts polled by Reuters were expecting the output to grow 2.4 per cent compared with a upwardly revised 2.8 percent growth in January.
India plans to release industrial output data based on a new methodology and use a different base year for calculating the index in the next few months, a senior government official at the statistics ministry told Reuters on Thursday.
The industrial output data with 2004-05 as base year has become less relevant now after the government changed the methodology as well as the base year for GDP calculations in February. The revised base year for GDP is 2011-12.