By Reena Bhardwaj
San Francisco [US], January 26 (ANI): For Dr Narinder Singh Kapany who has been awarded the Padma Vibhushan, India's second-highest civilian award means much more than even the Nobel Prize, according to the kin of the man who is known as the 'Father of Fiber Optics'.
Kapany who passed away in the US last month will be posthumously awarded the prestigious Padma Vibhushan, for his trailblazing work in the field of fiber optics. The second highest Indian civilian award recognized Kapany for his "exceptional and distinguished service" in the field of science and engineering.
Kapany's son Rajinder and daughter Kiran Kaur Kapany told ANI, "This award provides our father the recognition he wanted from his homeland and means more to him than receiving the Nobel Prize from Sweden. He would have loved to receive the award and shake hands with all the dignitaries and his people and bask in the glory of being home being recognized and being honored, alongside his ancestors and family, by the country that matters most to him." 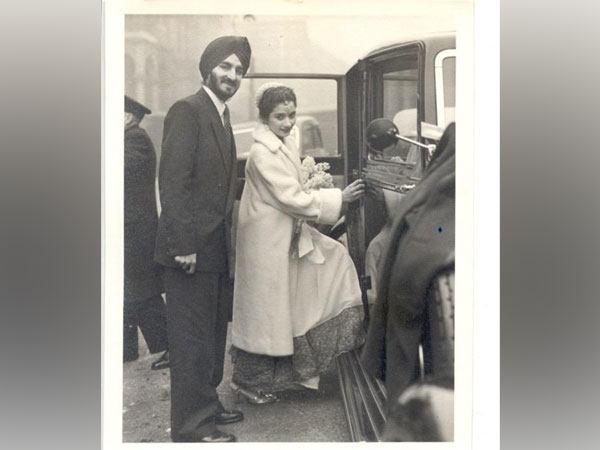 In 1954, the Indian American physicist through his path-breaking research demonstrated for the first time the transmission of images over a bundle of optical fibres.
The pioneer proved that light can travel in bent glass fibres and was the first to even coin the word - fibre optics. This remarkable revelation half a century ago, laid the groundwork for today's high-speed broadband internet that allows unfathomable volumes of text, images and video data to be transmitted around the globe in an instant.
Born in 1927 to a Sikh family in Moga, Punjab, Kapany studied in Dehradun. It was here that Kapany's science teacher told him that light always travelled in straight lines. But the young boy was determined to learn how to bend light. After completing his education at Agra University, he first started work in technology and it was in India at an Ordnance factory he learned how to design and manufacture optical instruments.
At 31, Kapany's quest took him to graduate school in London, at the Imperial College he began working with Professor Harold Hopkins on his project attempting to transmit light through flexible glass fibers. They became a powerful team: Hopkins provided the theory and Kapany with grit put that theory in practice, and together they were among the first to create fiber optics.
Kapany's heart was set on coming back to India after completing his PhD in 1955 and setting up his own venture. In fact, India's first Prime Minister Jawaharlal Nehru wanted Kapany to work for the Indian government as a Scientific Advisor to the Ministry of Defence. "Our father waited five months and the offer never came through. So he settled in the Bay Area (San Francisco, California). A year after the PM's recommendation, the offer from Union Public Service Commission finally arrived!" Kiran told ANI.
Kiran further added how different their lives would have been if Nehru's offer had come through earlier. "He may not have had such a global impact had he resided in his homeland, so he gave up the comfort and beauty of being home, with his dear family and friends, to, in fact, make a greater impact abroad".
Kapany settled in the US and started a number of businesses as well as teaching at colleges including the University of Rochester, Illinois Institute of Technology, and the University of California, Santa Cruz and Berkeley.
Kapany, an ace physicist, gathered more than 100 patents, turned into a noted philanthropist, deeply committed to championing Sikh culture and language Most notably, his daughter said, he has held a world renowned collection of Sikh Art which he has displayed all over the world in tremendous Sikh exhibits at the most prestigious museums including the Victoria Albert Museum in London, The Royal Ontario in Canada, the Smithsonian in DC, and the Asian Art Museum in San Francisco."
"Our father was a devout Sikh always - a significant tenet of the religion is sewa or selfless service. Our mother, a huge follower of Mother Teresa, was a huge proponent of giving and giving back for all you receive. Our father realized that in doing so, the country would realize who the Sikhs were. And in giving to the country, he was actually educating the country," Rajinder told ANI.
In 2009 when Charles Kuen Kao bagged the Nobel Prize in Physics for his contributions to Fiber optics., the scientific community were perplexed that Kapany was overlooked for the award. In fact, the Nobel Committee had even acknowledged Kapany's work in a detailed publication. The man himself, however, wasn't too perturbed by this oversight.
" Charles Kao did specific work for Bell Labs that related to the telecommunications/optical fiber field...our father proved the concept of capturing and bending light through fiber which informed transmission for purposes of biotech, sensors, telecom and data comm...he provided leadership for a broader base of usage of fiber optics." Rajinder added.
The Wall of Inventions at the Massachusetts Institutes of Technology even today lists Kapany as the inventor of fibre optics and he was hailed by Fortune magazine in 1999 as one of the seven unsung heroes who have changed the face of the 20th century.
The Kapany siblings will release their father's memoirs in June 2021 with the works that he was proud to be able to complete prior to his passing in December last year (ANI)