New Delhi [India], January 31 (ANI): Heightened security deployment has continued at the Singhu border (Delhi-Haryana border) as farmers' protest against three agriculture laws entered the 67th day on Sunday.
While the protest at Ghazipur border by the farmers (Delhi-Uttar Pradesh border) has entered Day 65. Security has been beefed up as more farmers are coming to the protest site for the past two-three days. 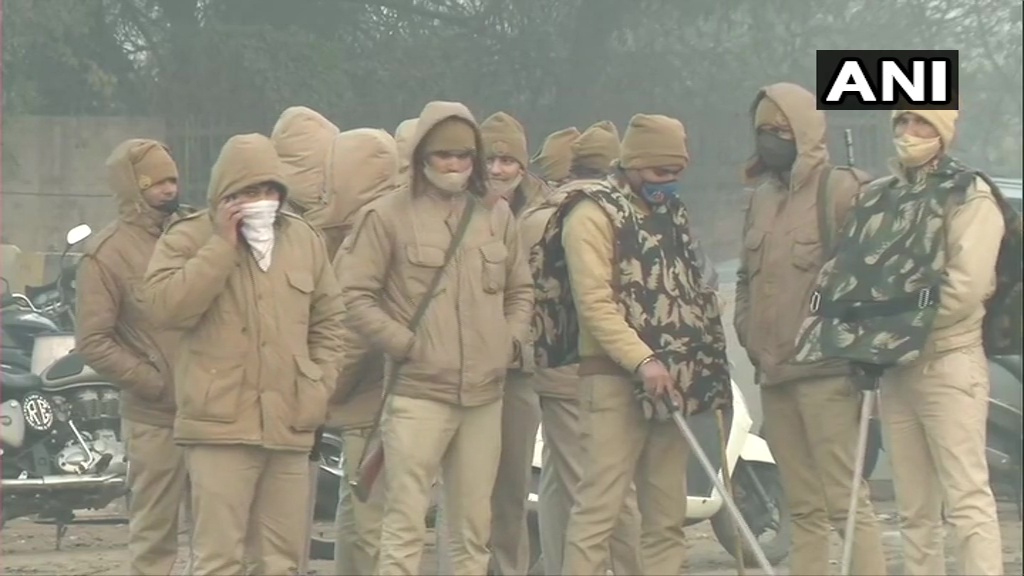 "Government is changing the goal-post. It is a bad thing. They are not taking any decision. The government should repeal the laws. It will be better for the farmers and the government," Shyam, a protesting farmer at Ghazipur border told ANI.
Another farmer Ram Beer Singh said, "We will not accept the proposal. We will continue to protest. We have not done anything bad and we want the repeal of the laws."
Protestors were seen raising slogans against the central government. They were demanding the repeal of farm laws.
They were also seen sitting on 'relay hunger strike'.
"Since December 22, 2020, we are organising relay hunger where 11 farmers sit on hunger strike for 24 hours. Farmers are ready for talks with the government if they have good intention. We are always ready for talks," Tajinder Singh Virk, a farmer leader said.
To 'maintain public safety and averting public emergency', the Union Home Ministry has temporarily suspended internet services at the three borders and their adjoining areas from 11 pm of January 29 to 11 pm of January 31. The Haryana government has also extended the suspension of internet services in 17 districts till 5 pm on January 31. The Delhi Police has also closed the NH-24 route.
During all party-meeting on Saturday, Prime Minister Narendra Modi reiterated that the proposal of government given to farmers on January 22 still stands and should be communicated to all by the leaders of the political parties.
PM Modi has also said that Union Agriculture Minister Narendra Singh Tomar was just a phone call away for protestors.
On January 22, during the 11th round of talks with protesting farmers, the government proposed to suspend the new legislations for one-and-a-half years and also proposed to set up a joint committee to discuss the Acts.
The tension between the government and farmers protesting the farm laws has escalated after the violence which broke out in various parts of the national capital during the farmers' tractor rally on Republic Day.
On Republic Day, protestors did not follow the prearranged route and broke barricades to enter Delhi, clashed with police and vandalised property in several parts of the national capital during the farmers' tractor rally organised to protest against the Centre's three new farm laws. They also entered the Red Fort and unfurled their flags from its ramparts.
Farmers have been protesting at different borders of the national capital since November 26, 2020, against the farm laws: Farmers' Produce Trade and Commerce (Promotion and Facilitation) Act, 2020, the Farmers (Empowerment and Protection) Agreement on Price Assurance and Farm Services Act, 2020, and the Essential Commodities (Amendment) Act, 2020. (ANI)