Shivamogga (Karnataka) [India], Aug 23 (ANI): Fall armyworms are the latest addition to the long list of pests that threaten the common farmers' livelihood, as farmers from Karnataka's Shivamogga district face crop damage due to vicious attacks by the pests.
According to Theertha Naik, a maize farmer in the district, the pests have been attacking crops for the last two years.
"The fall armyworms have been affecting the region for the last two years and increase in number when the rain decreases. We can not spray pesticides at this stage. They are destroying the tender maize. The concerned government officials frequently visit but never with a solution," he added. 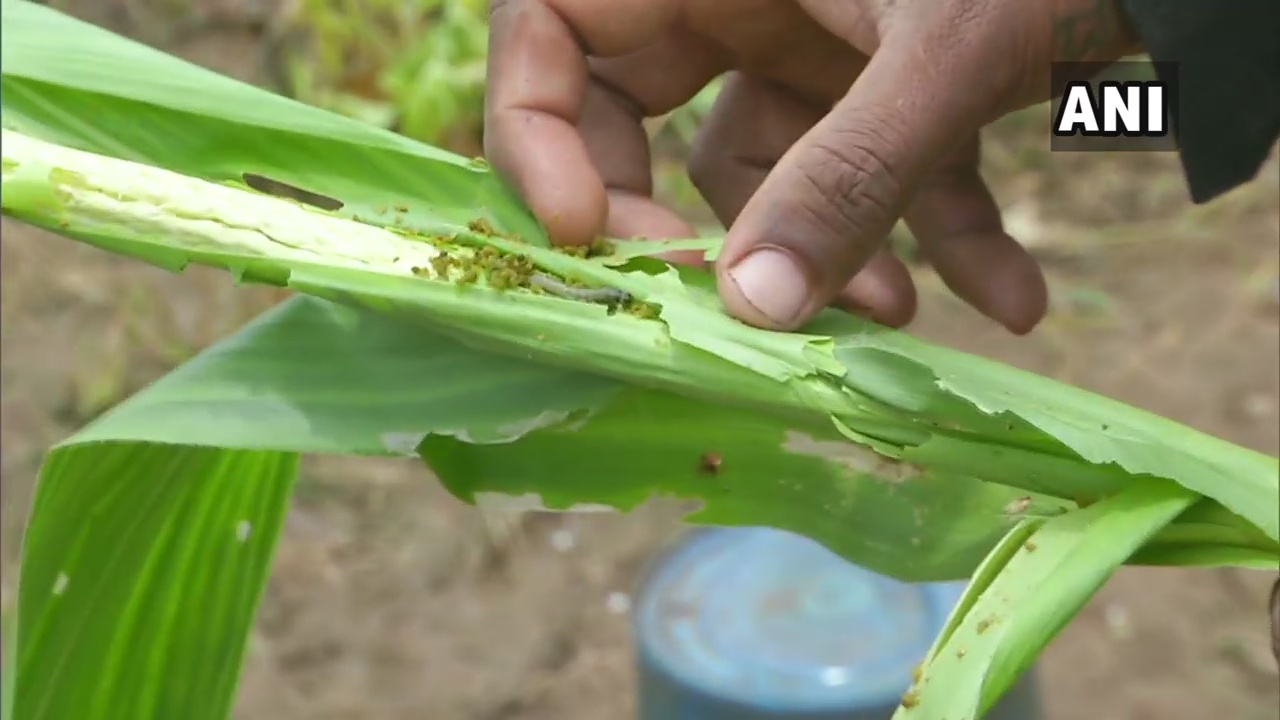 The fall armyworm (Spodoptera frugiperda) is a pest in the order lepidopteran and are commonly known for their appetite for leaves and stems of food crops such as maize, sugarcane, rice, and wheat. (ANI)