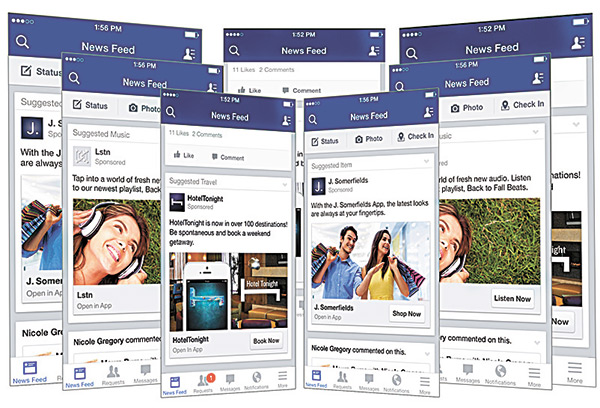 According to a GroupM spokesperson, with this deal, the agency will get access to unique data and marketing insights that Facebook generates, and thus be in a better position to deliver personalised campaigns.

For Facebook, which has seen a 67 per cent increase in ad revenues in the said quarter, such deals signify its intentions of milking more from the ad space. This May, it signed a multi-year digital marketing deal with French advertising agency Publicis Groupe. Earlier this year, Instagram inked a $100-million deal with Omnicom. Google Plus and YouTube, too, have signed similar deals with other ad networks.

“Our partnership with GroupM will benefit clients to reach over 100 million people in India,” says Kirthiga Reddy, head, Facebook India. Although the GroupM-Facebook deal is likely to drive digital adoption by companies, early reactions from client side are one of alarm. Companies fear that such deals may force them on to the Facebook platform even if they are not keen. They also fear “rate arbitrage”.

GroupM allayed such fears saying that “as a media agency it would put clients’ needs first” and if the client preferred search marketing, it would do so.