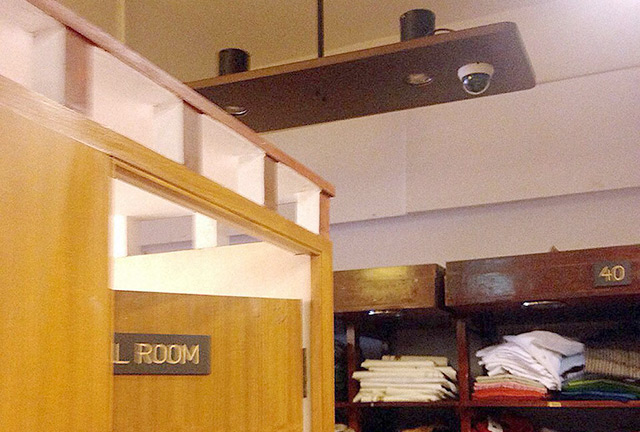 06 April, 2015
Print this article Font size -16+
Goa Police will quiz two top officials of Fabindia tomorrow (April 8) in connection with the voyeurism case filed against the outlet's staff after Union Human Resource Development Minister Smriti Irani alleged that the store had a CCTV camera focusing at the trial room.
The state crime branch has issued summons to Fabindia's Chief Executive Officer Subrata Dutta and Managing Director William Bissell asking them to remain present for the investigation.
"Both of them have informed us that they will remain present before the investigating officer tomorrow," Superintendent of Police Kartik Kashyap told PTI today.
Goa Police had yesterday said all the persons involved in the voyeurism case, registered following the complaint by Irani, would be brought to book and "other victims" too would be called for recording their statements.
Irani, who visited a Fabindia store at Candolim last week, alleged that it had a CCTV camera focusing at the trial room.
Complaints of hidden cameras in women's changing rooms in India are not unsual.
Subsequently, four employees of the store - Paresh Bhagat, Raju Payanche, Prashant Naik and Karim Lakhani - were arrested and booked under IPC sections 354C (voyeurism), 509 (intrusion into privacy) and IT Act's section 66E (capturing, publishing image of private area of any person without his/her consent).
The charges can result in a prison sentence of two years.
However, they were later granted bail by a local court which said that police had made out no grounds for custodial interrogation.
Fabindia has also denied that it had placed hidden cameras in any of its stores.
According to a statement issued by Fabindia earlier, the camera in question at Candolim store was part of the surveillance system and was installed in the shopping area.
A district court in Mapusa town on Monday granted anticipatory bail to Fabindia's Candolim store manager Chaitrali Sawant in connection with the case.
Sawant, who had been untraceable after the incident, moved the court for anticipatory bail through her lawyer on Saturday.
BJP MLA from Goa Michael Lobo, who had filed the complaint, said that the company should issue a public apology over the incident.
(Agencies)
Tags assigned to this article:
news 8 retail goa fabindia smriti irani subrata dutta william bissell