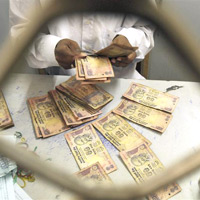 The probe by the Reserve Bank of India and the government follows an investigation by an independent journalist, who said on Thursday that he had video footage of the lenders' branch employees suggesting to an undercover reporter methods to launder money.

ICICI Bank Ltd, HDFC Bank Ltd, and Axis Bank Ltd each said on Thursday they were investigating the allegations but defended their internal controls aimed at preventing money laundering.

The FIU will provide information in this regard to the Income Tax department which has already begun a probe into the contents of the sting operation, a senior I-T official said on 15 March. The I-T department, sources said, would also approach online portal Cobrapost to obtain the unedited footage of the sting operation. The FIU, an enforcement agency, is empowered to undertake investigations under the provisions of the Prevention of Money Laundering Act (PMLA).

Banks are mandated to submit three types of reports to the FIU under the Know Your Customer (KYC) provisions framed by the RBI and as required under the PMLA. The FIU receives Suspicious Transaction Reports (STRs), Cash Transaction Reports (CTRs) and Counterfeit Currency Reports (CCRs) from banks-- both private and public-- and from a variety of financial intermediaries. The FIU subsequently dispatches them to the concerned enforcement and investigation agencies for action.

"All government agencies and regulators are working together to probe charges," Rajiv Takru, secretary of financial services, told a television business news channel on Friday.

The footage purportedly shows a number of senior executives of the three banks verbally agreeing to take huge amounts of cash from the undercover reporter and putting them into a variety of long-term investment plans so that the black money ultimately is converted into white.

All the three banks claimed they conduct their business in compliance with legal and regulatory requirements of the highest standards but said they will investigate the charges. However, no account was opened nor any cash deposited in these banks.

"The RBI is collecting information, and the RBI has been in touch with the banks. At the moment, that's all I can say," Urjit Patel, deputy governor of the RBI, told reporters late on Thursday. When asked if any of the three banks in question--ICICI Bank, Axis Bank or HDFC Bank-- have been issued a show-cause notice in the aftermath of the expose, Patel said "No".

Finance Minister P Chidambaram said the Government will not jump to any conclusions in the matter, while the CBDT said it has taken cognisance of the sting operation and has begun a probe into it.

Shares of the three lenders fell on Friday, with ICICI Bank down 1.3 per cent, HDFC Bank down 0.24 per cent, and Axis Bank up 0.2 per cent as of 9:56 a.m., under-performing the 0.23 per cent gain in the Nifty. Shares of the three lenders fell briefly on Thursday but recovered to end the session with gains following lower-than-expected core inflation data.

"We think these developments, if they were to be true, could potentially lead to slower growth across private banks' deposits and businesses as RBI may then direct banks to focus on improving risk management rather than expanding," Goldman Sachs wrote in a note late on Thursday. "It is difficult to ascertain the extent of the slowdown till more clarity on these developments is provided by the banks," it added.