New Delhi [India], January 27 (ANI): Union Culture and Tourism Minister Prahlad Patel who visited the Red Fort to take stock of the damage by agitating farmers during the tractor rally, on Wednesday said that he has directed officials to register an FIR regarding the vandalism immediately.
The Minister has directed officials to also submit a report at the earliest and hand it over to Ministry of Home Affair (MHA).
Patel along with police and other officials visited the incident spot where broken shards of glass, scattered pieces of paper, vandalised ticket counter, metal detector gate, and police caps could be seen strewn around.
"I inspected Red Fort with officers of Culture Ministry and Archaeological Survey of India today. I gave two directions- report be made at the earliest and handed over to the Ministry of Home Affair (MHA) and an FIR be registered immediately. Things will be further clarified after the report comes," said Patel while speaking to the media.
Patel said that he visited Gandhi Smriti and Darshan Smriti while returning to his ministry.
"While returning, I visited Gandhi Smriti and Darshan Smriti. 85 children from Odisha's Kalahandi had come and participated in the Republic Day parade. While returning they wanted to visit Red Fort but couldn't reach there. So, I met them, they are safe," he said.
On Tuesday, protesters agitating against the new farm laws entered the premises of Red Fort in the national capital and waved flags they were carrying from its ramparts. They also damaged the public properties in the premises. 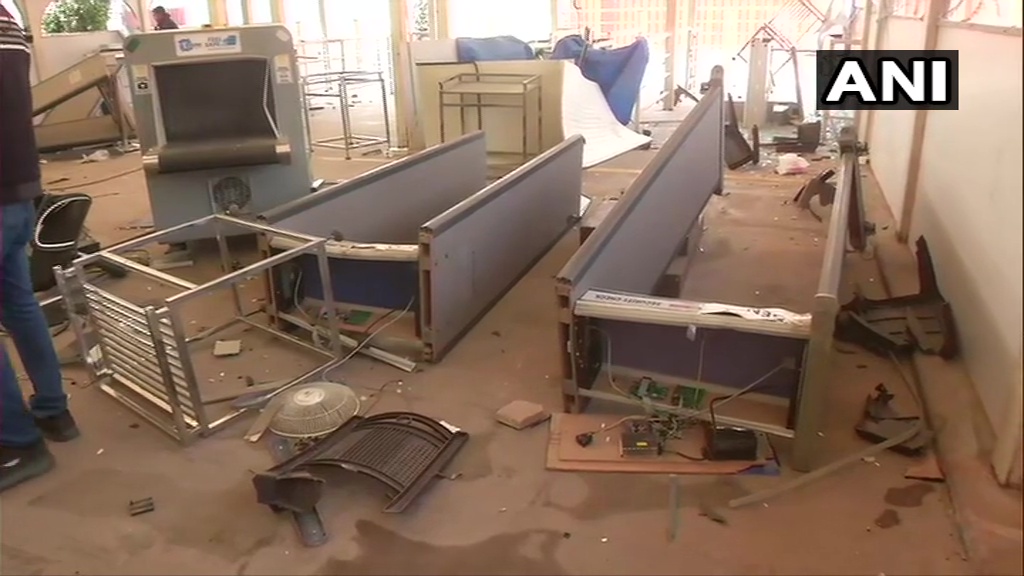 A total of 22 FIRs have been registered regarding the violence in which over 300 police personnel were injured. The Delhi Police is scheduled to hold a press briefing today.
Farmers broke barricades to enter Delhi and indulged in vandalism across several parts of the national capital during their Kisan tractor rally organised to protest against the Centre's three new farm laws. Several public and private properties were damaged in acts of vandalism by the rioting mob.
Farmers have been protesting on the different borders of the national capital since November 26 against the three newly enacted farm laws - Farmers' Produce Trade and Commerce (Promotion and Facilitation) Act, 2020; the Farmers Empowerment and Protection) Agreement on Price Assurance and farm Services Act 2020 and the Essential Commodities (Amendment) Act, 2020. (ANI)