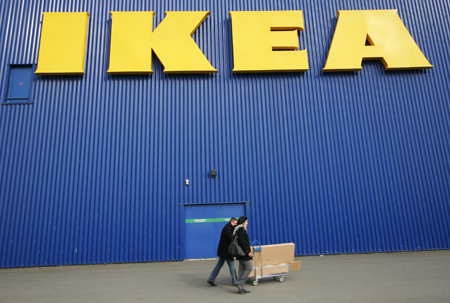 08 November, 2014
Print this article Font size -16+
Government's single-window body to clear foreign investment proposals, FIPB, on 20 november' 2012 cleared Swedish furniture major IKEA's Rs 10,500-crore project, the largest FDI in single-brand retail so far.
The Foreign Investment Promotion Board (FIPB) has approved the proposal of IKEA, Economic Affairs Secretary Arvind Mayaram said after the board meeting here.
IKEA Group, which manufactures and sells home and office furnishing products, proposes to invest in singlebrand retail trading in India through a 100 per cent subsidiary.
IKEA's proposal to set up 25 stores in India has already been scrutinised by the Department of Industrial Policy and Promotion (DIPP) in the Commerce and Industry Ministry.
The proposal will now have to be cleared by the Cabinet Committee on Economic Affairs (CCEA) as the FIPB can clear investment applications worth up to Rs 1,200 crore only.
IKEA's would be the largest investment in the single- brand retailing ever since the government has allowed foreign investment in this sector in January.
With the government relaxing the mandatory 30 per cent sourcing clause in September, IKEA which had earlier expressed concerns over the issues had put in its final application earlier this month.
The FIPB in its last meeting had cleared three single brand FDI proposals. They were of British footwear retailer Pavers England to open fully-owned stores, a 51 per cent joint venture of American luxury clothing retailer Brooks Brothers and Italian jewellery maker Damiani's plan to form a venture with Mehta's Pvt Ltd.