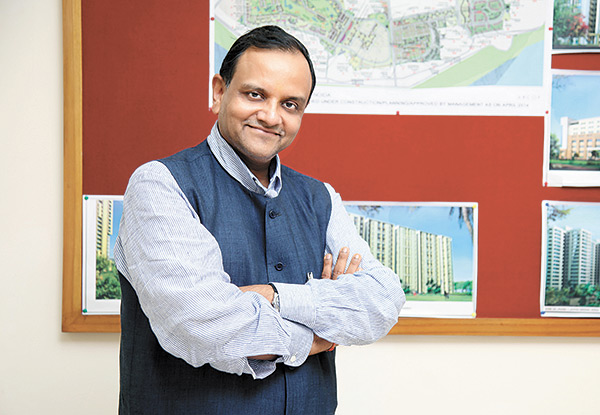 08 November, 2014
Print this article Font size -16+
While it is common knowledge that the real estate sector is in the midst of its worst-ever slump, Noida-based Jaypee Infratech (JIL) seems to have bucked the trend. The infrastructure company’s net sales revenues stood at Rs 3,318.69 crore in March 2014, up from Rs 550 crore in 2009. All this, with a simple strategy — selling real estate in bulk.

The opening of the six-lane 165-km Yamuna Expressway, connecting Greater Noida to Agra and radically reducing travel time between the two cities to just 90 minutes, too, contributed to the company’s good fortunes. The expressway project was awarded to Jaypee on a build-operate-transfer model. When the expressway was inaugurated in 2012 the areas adjoining it began appreciating. This meant good times for JIL. Till March 2014, the company had sold 56.60 million sq. ft of real estate space.

Concurrent to the expressway, the Formula 1 races, brought to India by Jaypee in 2011, also contributed to the group’s turnover. The race track created a buzz that led to real estate in its vicinity being considered prime property and, thus, helped JIL notch up sales of a further 25 million sq. ft, says Manoj Gaur, chairman and managing director, JIL.

Going forward, JIL has a target of building more than 27,000 homes, with 107 million sq. ft already under construction. “Once these are completed, we will be able to recognise the revenue streams,” says Gaur.

JIL has recently ventured into the healthcare segment as well. Jaypee Hospital, a wholly owned subsidiary at Wish Town, a Jaypee-built township in Noida, is what Gaur considers a “very positive thing for shareholders of Jaypee Infratech”. The group expects a turnover of Rs 800 crore in two years’ time from the hospital.