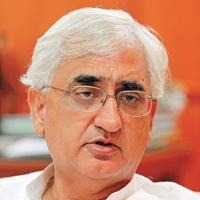 Recently, heavy industries minister Vilasrao Deshmukh may have added to MoCA’s importance by suggesting that the department of public sector enterprise (DPSE), which falls under his ministry, should go to MoCA. Although DPSE is responsible for 242 central public sector enterprises, including BHEL, ONGC, SAIL, NTPC and PFC, these remain under the administrative control of the respective ministries.
If Deshmukh’s wish comes true, MoCA would add yet another department to an already impressive portfolio, which includes the Company Law Board, the Monopolies and Restrictive Practices Commission, the Competition Commission of India, the Serious Fraud Investigation Office and the Cost Audit Branch. This could make MoCA among the most sought after ministries in the Cabinet.
MoCA is doing its bit to expand its role. It sought to introduce companies to the rural sector through workshops under the Rainfed Area Development Authority. A flop show according to some participants. MoCA has asked Indian Institute of Corporate Affairs to bring in more programmes to connect it to the villages.
If the buzz is to be believed, the Congress party may be pacifying the corporate affairs minister Salman Khurshid, who is still a minister of state (MoS) — even if it is with independent charge — despite the fact that he has been a confidante of the late Indira Gandhi as her officer on special duty in the Prime Minister’s Office, and an MoS in the external affairs ministry in the late P.V. Narasimha Rao’s government.
(This story was published in Businessworld Issue Dated 15-02-2010)
Tags assigned to this article:
magazine anilesh s mahajan corporate affairs ministry