Exim Bank To Offer Loans For US FDA-compliant Drug Factories 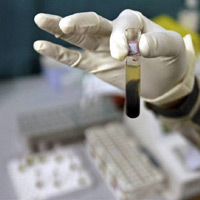 08 November, 2014
Print this article Font size -16+
Export-Import Bank of India said on 15 July' 2013 it would provide long-term finance to Indian drugmakers to help them set up manufacturing plants compliant with standards specified by the Food and Drug Administration.
Export-oriented companies can avail of finance from the bank for a maximum repayment period of 10 years with a moratorium of up to three years, it said in a statement.
Several Indian drugmakers such as Ranbaxy Laboratories, Wockhardt and Cadila Healthcare over the last three years have faced import alerts from the drug regulator due to non-compliance with quality standards.Food and Drug Administration,
"To increase market share, the industry needs to penetrate deeper in the regulated markets which calls for accreditation of more and more facilities of Indian manufacturers," the bank said.
A US FDA-approved bulk drugs unit can cost up to 300 million - 400 million rupees in India and the cost is between 500 million - 600 million rupees for a formulations plant, the bank said.