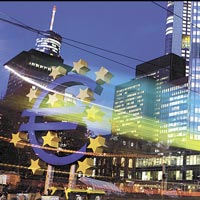 Diesel's The Way?
Auto industry body Siam says India's car sales rose 7 per cent in November to 171,131 units, thanks to diesel models. Car sales for the corresponding period of 2010 stood at 159,939 units. Siam expects that the market share of diesel cars will cross 33 per cent in 2011-12, from about 27 per cent last fiscal. Despite the good show last month, the industry will miss out even on the modest growth forecast of 2-4 per cent this fiscal, warns Siam, owing to rising input costs and falling demand.

It's A Deal Now
More than a year after it was announced, Vedanta Resources finally completed its $8.7-billion acquisition of majority stake in Cairn Energy's Indian arm.

Private Equity Exit
He is famed for his knack of spotting trends. And reports say billionaire investor Rakesh Jhunjhunwala is not bullish on India's private equity industry any longer; he is looking to exit his key PE investments in a phased manner over the next two-three years.

Compensation Blues
Times are bad for HSBC, it seems. Britain's financial regulator has slapped a record  £10.5 million ($16.4 million) fine on HSBC for mis-selling investments to pay home care costs for older customers. Besides, HSBC is expected to pay £29.3 million in compensation to ‘particularly vulnerable' elderly clients, who were given inappropriate advice by NHFA, a subsidiary of HSBC.

Credit worthiness
Standard Chartered Bank is set to acquire over half of Barclays Bank's credit card portfolio in India.