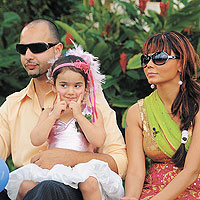 With the acquisition of NDTV Imagine by Time Warner, NDTV as a television network has got out of the general entertainment channel (GEC) space. More importantly, the money paid by Time Warner, $76.5 million (Rs 350 crore), for a 92 per cent stake in NDTV Imagine will keep the home fires burning for the NDTV network. This will lessen NDTV's debt-burden. "The GEC space is fiercely competitive and there was need to keep funding it," says Sameer Nair, CEO of NDTV Imagine.

Things have turned a full circle for Time Warner in India. Although it distributed a few successful channels such as Cartoon Network and HBO, the company realised without a flagship GEC, it was making no headway in this market. Hence, the launch of the channel ‘Real' in February. But Real never worked as a profitable channel.

Imagine has been a No. 3 performer, and is the best chance Time Warner has to come within striking distance of competitors. "Real did not work out as planned. We don't know what went wrong," says Anshuman Mishra, managing director of Turner International.

Warner is pumping in $50 million (Rs 230 crore) for starters, and with a team headed by Nair continuing in NDTV Imagine, one can expect some sparks.